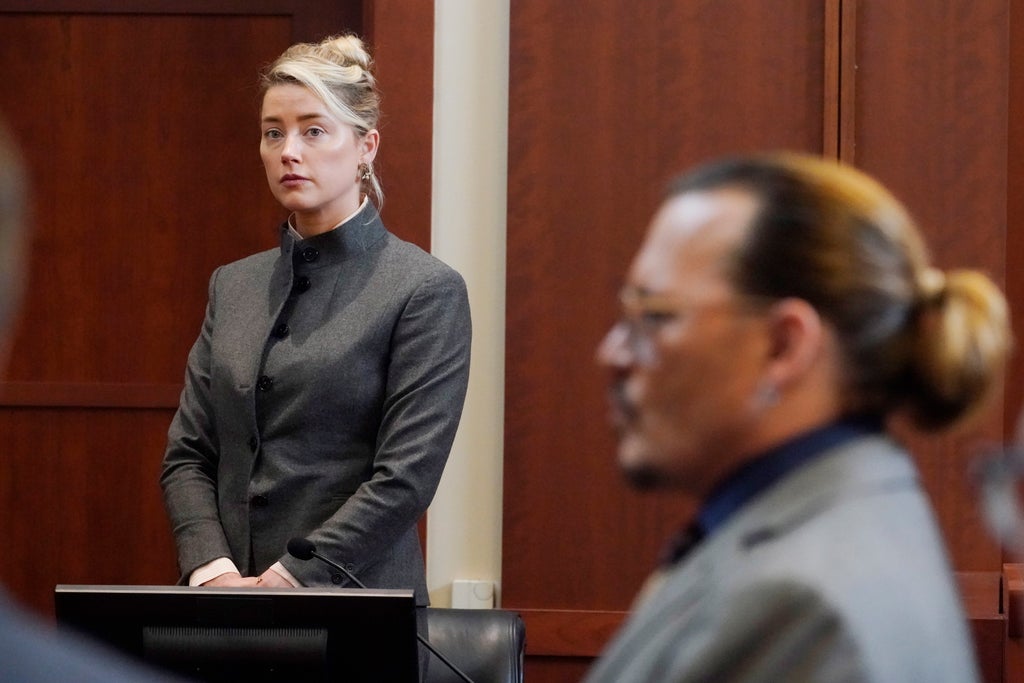 Amber Heard has insisted that the 2018 op ed at the centre of the defamation trial with her ex-husband Johnny Depp is “not about Johnny”.

Ms Heard said that the article is actually about her and what happened to her “after I escaped my marriage”.

“The only one who made it about him ironically is Johnny,” she told the court.

Mr Depp is suing his ex-wife for defamation over the 2018 op ed she penned for The Washington Post where she described herself as a “a public figure representing domestic abuse”.

The Pirates of the Caribbean actor is not named in the article, which is titled “I spoke up against sexual violence – and faced our culture’s wrath. That has to change”.

However Mr Depp claims that it falsely implies that he is a domestic abuser – something that he strongly denies – and that it has left him struggling to land roles in Hollywood. He is suing for $50m.

Ms Heard is countersuing for $100m, accusing Mr Depp of orchestrating a “smear campaign” against her and describing his lawsuit as a continuation of “abuse and harassment”.

The Aquaman actress took to the stand on Monday for what was her third day of testimony as the trial resumed in Fairfax, Virginia, after a one-week break.

When asked what ill will or bad intentions she may have had against her ex-husband by publishing the op ed, Ms Heard insisted “none”.

She said that the article was about her experience after their marriage came to an end.

“It’s not about Johnny. The only one who thought it was about Johnny is Johnny,” she said.

“It’s about me. It’s about what happened to me after Johnny.

“It’s about what happened to me after I escaped my marriage.

“It’s about me and my life and what I endured once I moved on and got a TRO [temporary restraining order] and moved on with my life. It was about what happened to me after.”

In the article, Ms Heard wrote about what she called the “culture’s wrath” that women face when they come forward with allegations of domestic violence.

“Like many women, I had been harassed and sexually assaulted by the time I was of college age. But I kept quiet — I did not expect filing complaints to bring justice. And I didn’t see myself as a victim,” she wrote.

“Then two years ago, I became a public figure representing domestic abuse, and I felt the full force of our culture’s wrath for women who speak out.”

During his testimony last month, Mr Depp told jurors that it “was like somebody had hit me in the back of the head with a 2×4” when he read his ex-wife’s op ed back in 2018.

He claimed that the article was “a hit piece” and that he was dropped from the Pirates of the Carribbean franchise “two or three days after this op ed appeared”.

On Monday, Ms Heard also denied wanting to include her ex-husband’s name in the article.

She told the court that she had agreed to publish the op ed because she wanted to lend her voice to “a great cause”.

“I was looking forward to lending my voice to what I thought was a great cause,” she testified.

The article was published around the same time that Ms Heard was announced as an ambassador for the ACLU and she had pledged to donate her $7m divorce settlement to the organisation and an LA children’s hospital. How much of that amount that has actually been donated was questioned in court earlier in the trial.

The first draft of the article was written by in-house counsel for the ACLU.

Pre-recorded testimony from Terence Dougherty, the chief operating officer and general counsel of the ACLU, was heard earlier on in the trial.

Mr Dougherty recalled concerns being raised that the op ed could impact Ms Heard’s non-disclosure agreement in connection to her divorce.

He said that Ms Heard’s lawyers had amended the draft to remove any references to her marriage to and divorce from Mr Depp.

Meanwhile, Ms Heard had wished to “artfully” reinsert sections referring to her temporary restraining order aganinst her “then-husband”, according to a December 2018 email heard in court.

In the email, Ms Heard writes that she is fine with the final draft if that is not possible.

In the end, the article that was eventually published in The Washington Post was “very different” from earlier drafts and “did not refer directly to Ms Heard’s relationship with Johnny Depp”, he testified. 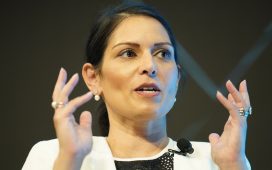