For a brief period in the early 1990s, Shannon Hoon seemed to be just about everywhere. As frontman for Blind Melon, he managed to blaze through nearly all of the standard rock and roll fantasy milestones in rapid succession – a Rolling Stone cover, a hit single, a Platinum album, stadium gigs opening for the Rolling Stones, MTV News ubiquity – only to die of a drug overdose at the age of 28, just a few years after his career began. He packed a good deal of color and eccentricity into his moment in the spotlight, but as fondly remembered as he may be, it would not be uncharitable to suggest that few would have considered that moment fodder for feature-length commemoration a quarter century later.

However, the Oscilloscope-released “All I Can Say” has one fairly remarkable asset that turns this documentary about a not-exactly-iconic ‘90s musician into an unusually direct immersion into the life of a rock star: Hoon recorded himself with a video camera seemingly 24/7, and many of the tapes survived. Though deceased for 25 years, Hoon is given cinematographer and director credits on the film (alongside directors Danny Clinch, Taryn Gould and Colleen Hennessy), and that makes sense, because virtually everything you’d hope to see from a standard rock biopic is right here, all captured by the man himself: the early pre-fame gigs, the wild later festival dates, the “No Rain” studio sessions, the band signing their first contract on the roof of the Capitol Records building, Hoon waging a battle with substance abuse, Hoon’s mounting fame causing rifts with his bandmates and his longtime girlfriend… The other filmmakers don’t even need to worry about providing voice-over narration, as Hoon filmed himself while doing phone interviews with journalists.

The result is a doc that doesn’t really shed much light on Hoon’s inclinations as an artist, nor does it make much of an argument that Blind Melon’s catalog merits a reappraisal (though this critic always felt that their sophomore slump record, “Soup,” was a lot better than it got credit for). But it does offer an intriguing peak at overnight success as it’s lived minute-to-minute, as well as providing a reminder that Millennial YouTubers were hardly the first generational cohort to document their every waking moment with a video camera.

The filmmakers do yeoman’s work stitching together a brisk-moving narrative from what was surely a glut of footage – one might question certain inclusions, like the long shot Hoon took of himself peeing, but then again unexpected nudity was an undeniable part of the Shannon Hoon experience – and it certainly helps that Hoon makes for consistently engaging company. Equal parts excitable Midwestern goofball, stoner L.A. transplant, and puckish onstage provocateur, his disdain for the pompous trappings of rock stardom is obvious, but unlike his more serious-minded peers like Kurt Cobain and Eddie Vedder, Hoon seems like he was willing to play his role in the whole charade as long as it kept the good times rolling. One scene in particular sees his peculiar mix of cheeky self-awareness and calculation coalesce, as he asks a label exec for a $90,000 dollar advance while fighting a smile in the back of a limo: “See, the thing is I’ve got this whole image I’ve made everyone perceive me to be, but it’s really expensive and I’ve run out of money.”

Hoon was a talented musician, but as the film makes fairly obvious, his gift for being in the right place at the right time proved equally important. Shortly after leaving his native Indiana for L.A., Hoon managed to notch a major recording credit when Axl Rose – who had known Hoon’s sister back when he himself was a misfit Indiana teenager – invited him to record backing vocals for Guns N’ Roses’ megaselling “Use Your Illusion” albums. (Hoon’s camera catches a between-takes Rose in the studio, and he seems less than enthused to be a supporting player in this hometown kid’s video project.) Subsequently, with the rise of grunge leading record labels to throw resources around willy-nilly in search of the next Nirvana, Blind Melon was signed to a lucrative contract despite barely having enough songs to fill out a proper demo tape. And even then, their debut album languished in stores until the music video for “No Rain” – a sentimental burst of sunshine in a rock milieu that was wallowing in depression and darkness – helped buoy it to an enviable spot on the pop charts.

Blind Melon had a hard time maintaining that momentum: a follow-up album sold quite poorly, and one can clearly sense a growing realization within the band that perhaps their time on top was destined to be fleeting. One almost imagines there’s a lighter version of the Blind Melon story, with Hoon happily pursuing some other mode of expression and passing Zelig-like through other eras, but his addictions made that impossible. The singer speaks openly about the pervasive legacy of alcoholism in his own family, and matter-of-factly begins video sessions with statements like, “I broke eleven months of sobriety yesterday.” Absent any contemporary interviews, it’s hard to take in the full picture of his struggles, though there are plenty of moments where that struggle is painfully evident, especially when he seems to be recording himself simply because he doesn’t have anyone else to talk to.

At one point, Hoon is asked how he keeps from getting lost in the whirlwind of stardom that has taken over his life, and he replies that this is the very reason he’s always walking around with a video camera: capturing enough of the mayhem so that he can try to make sense of it later on, when things finally calm down. He never got that opportunity, but full credit to the makers of “All I Can Say” for giving the rest of us a chance. 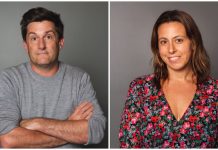 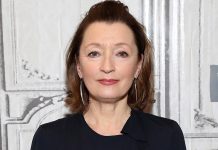 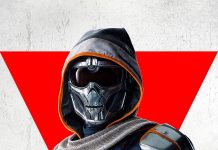 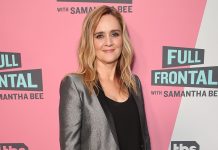 Samantha Bee Wants to Use Comedy to Fight Gun Violence 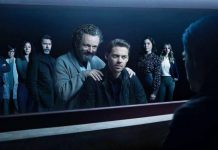 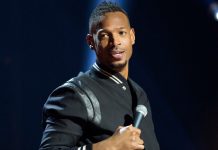 Taking A Cue From Will Smith, Marlon Wayans Accepts The Dad Bod Challenge 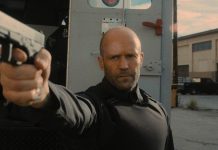 Upcoming Jason Statham Movies: What's Ahead For The Wrath Of Man Star 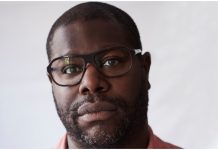