From the moment I had my first taste of WKD Blue at 13, alcohol became the lubricant I believed I needed to be outgoing.

Alcohol, in reality, actually made me foolish and annoying; I can distinctly remember ruining birthday parties, weddings, and even funerals because I was drunk.

Once, at a friend’s birthday, I fell from a first floor window. Thankfully I had no permanent damage but no one felt sympathy for me, instead, they laughed.

Abusing alcohol from an early age had a significant impact on my mental health. During my teens I experienced periods of manic happiness – excessive socialising and spending – followed by periods of intense depression when I’d stay in bed all day.

During particularly bad spells, I self-harmed and felt suicidal. My dramatic mood swings often resulted in aggression against my family, friends and boyfriends.

To try to deal with my emotions, I attended Child and Adolescent Mental Health Services just before university. But I didn’t persevere, and often gave up after a few sessions, believing I could ‘handle it on my own’.

I drank to excess to cope with feelings of isolation and loneliness, but it led to dangerous situations.

During a uni trip to Vancouver, after a heavy night drinking with my peers, I became separated from the group, and I ended up passed out drunk on the campus of the University of British Columbia.

I’ve no memory of returning to the hotel at 2am but my lecturers were apoplectic with rage, and I was mocked by my fellow students. I felt ashamed but my pattern of drinking did not change.

Miraculously, I graduated with a good degree in geography. However, two life-changing events occurred the same year I started training to be a teacher: my parents divorced unexpectedly and my best friend died suddenly from a brain aneurysm.

Again, I drank alcohol excessively to numb my pain. I didn’t want to lie awake at night thinking about it, so I drank until I passed out.

Thankfully, despite my destructive behaviour, my teaching career was blossoming. Back then, I didn’t think I had a problem with alcohol – I’m extremely ambitious and career driven – I thrive on being busy.

I felt lucky, I’d a great group of colleagues and after a long week, we’d bond over a glass of wine. For me, it was a few bottles.

They’d occasionally say, ‘You’ve had one too many tonight!’ but I didn’t think they took my drinking seriously. I’d nod in agreement, then sneak off to the bar for some secret shots.

Within six months, Friday drinks turned into every-night-of-the-week drinks. I used any excuse to hit the pub; a stressful meeting, a bad lesson, a good lesson, parents’ evening.

Drinking nightly in trendy pubs made me feel like I was living an academic version of Sex and the City – proving that I could live a fun lifestyle while maintaining a serious job.

I drank with anyone – I could usually find at least one colleague per night up for a drink. And when they left the pub to go home at a reasonable hour, I stayed and continued drinking.

Soon, I no longer felt glamorous. In summer 2014, when I finished my first year of teaching, the night’s celebrations ended badly – I got legless and had to be put in a taxi home by my shocked colleagues.

My drinking was on people’s radar then but I still didn’t think I should apologise for it. Although I was in pieces on the inside, hating myself.

Still, I got a promotion in July 2019 and was thrilled. But it was a huge step up from what I was used to – I began drinking three bottles of wine a night to attempt to cope with feeling permanently overwhelmed with stress coupled with depression and anxiety.

My family knew about the first bottle, and I’d usually share the second with my mum during dinner. But they had no idea about the third bottle I’d take to bed. I hid the empties in my wardrobe before secretly recycling them.

Approaching Christmas 2019 my mental health was rock bottom. Despite my promotion I thought I was a failure.

I was convinced I’d never move out of my family home, never pay off my debts, never be loved… I felt broken and couldn’t see a way out.

I wanted to give up but, thankfully, reaching my lowest ebb made me realise what I had to quit was booze.

My last drink was 13th December – a particularly awful night out with my colleagues during which I insulted everyone at the table, including my boss.

I took the following week off work and went to my GP for help.

I was directed to counselling and a service called iAccess, which provided sessions to help with drugs and alcohol recovery. The sessions focused on root causes of drinking, coping strategies and planning for the future.

For the first few months I was in the early euphoric stage of sobriety known as the ‘pink cloud’, where rainbows look brighter, the air feels cleaner, sleep feels deeper. It seems great, however, this didn’t last.

About six months in, I was lonely and frustrated by how much people’s lives revolve around alcohol. Drinking culture in the UK is normalised.

Many didn’t understand why I had given up, nudging me to encourage, ‘just have one’.

Sobriety made me feel more alone than ever. No one I knew could relate to what I was going through. Yet, I dug deep and persevered.

Due to the pandemic, with no social events at work, it was easier. And even once restrictions eased last summer, I went to the pub and drank alcohol-free Heineken, while all my colleagues got drunk, but I had fun.

After nine months sober, I could clearly see the benefits of my brave choice. My boss and colleagues acknowledged I was a ‘different person’. I was more efficient at work.

I started saving money, was able to pay off all debts and credit cards, and in December 2020, I finally bought my first property.

Since giving up drinking I have dealt with losing my grandfather, a close friend’s cancer diagnosis and, like everyone else, lockdown.

Despite fleeting thoughts of alcohol during these tough times, I didn’t turn to wine, as I once would have – I have had a clear mind to tackle these raw emotions head on.

It’s not been easy but I have found an inner strength I didn’t know I had.

Sobriety isn’t a magic wand to solve all your mental health problems. I still feel sad, anxious and stressed sometimes, just like everyone else.

However, it has allowed me to tackle a lot of deep-rooted issues I was masking with alcohol – I hadn’t dealt with my parents’ separation or my friend’s death.

In conjunction with weekly counselling, quitting booze has restored my faith in myself.

Some people may have a perfectly ‘healthy’ relationship with alcohol, where it doesn’t negatively impact their mental or physical health, their career, their relationships or their feelings about themselves.

I now have a partner and he drinks, but not to excess. Some people are able to moderate. I was not that person.

But most people have never questioned their relationship with alcohol; for a long time, the consensus was that only alcoholics need to give up drinking.

I feel hopeful about the future. Sobriety saved my mental health, and it could do the same for you.


MORE : Instead of saying yes to everything, I spent a year saying no


MORE : Prosecco is a drink, not a personality trait


MORE : The guilt from being signed off work is adding to my mental health issues

Can the UK’s independent shops bounce back? 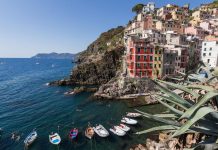 How to use leftover cooked broccoli | Waste not 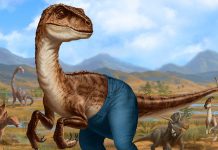 Skinny Jeans and 9 Other Styles That Date You 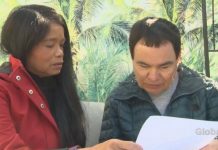 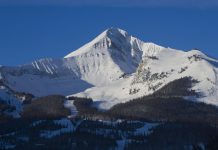 Top Things To Do In Big Sky, Montana Right Now 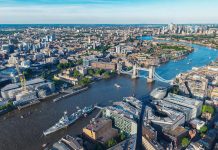 How To Experience Culture, Cuisine And More In London 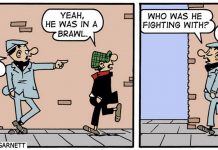 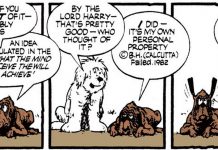 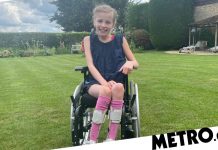