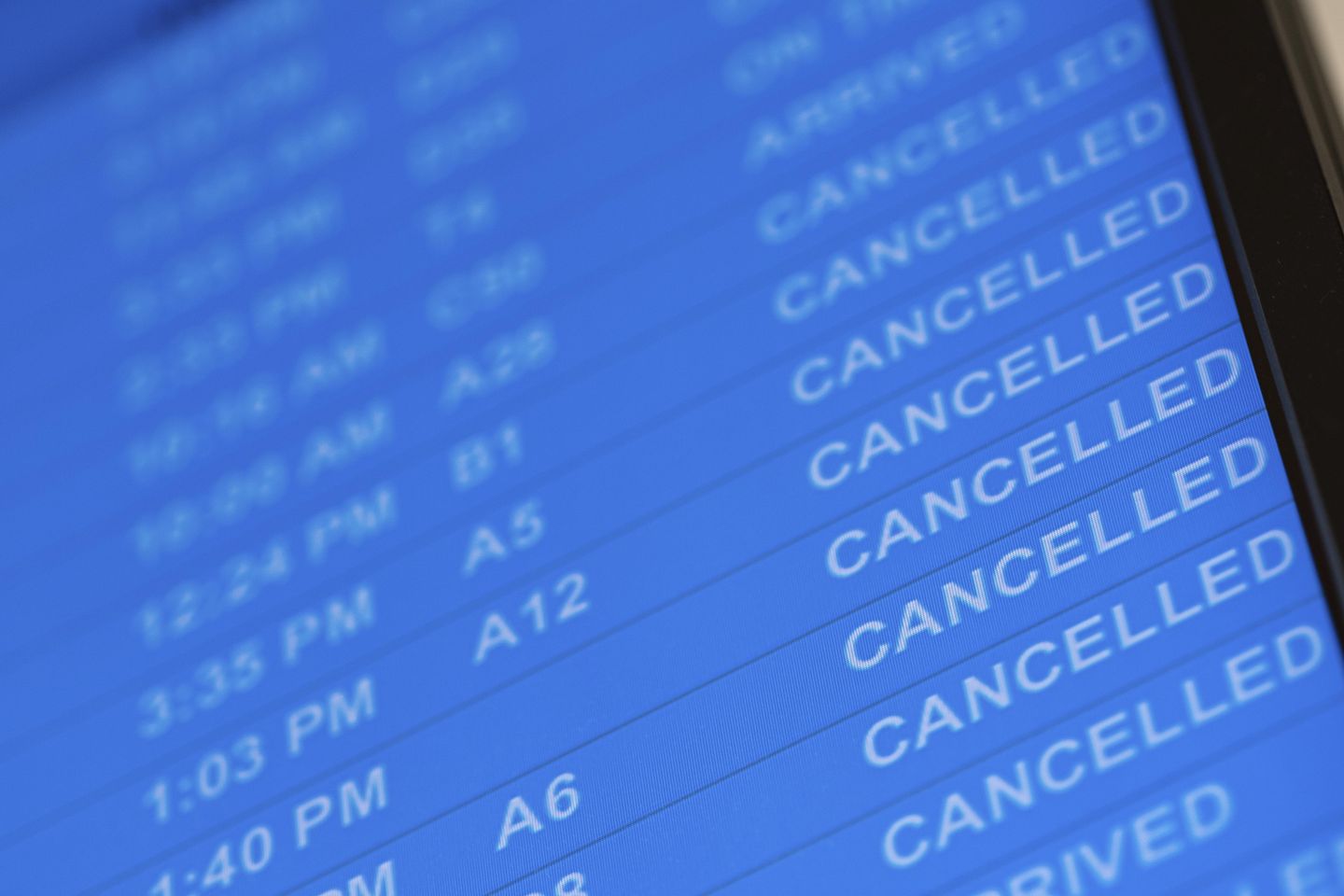 If you thought the summer flying season was bad, the coming Labor Day weekend promises to be a nightmare as flight cancellations and delays spike again.

Flight-tracking website FlightAware reports that severe weather in the Northeast forced 881 cancellations and 4,939 delays of flights within the U.S. on Tuesday, with interruptions continuing into Wednesday. Southwest, American and United have issued travel waivers for stranded passengers.

With airfares up and more than 12 million people expected to fly out of U.S. airports between Thursday night and Monday’s holiday, U.S. airlines are also battling staff shortages amid a post-pandemic rebound in travel demand. FlightAware says they have canceled more than 44,000 flights since June.

Helane Becker, an airlines analyst at Cowen Financial Services, predicts this weekend’s interruptions will be “probably in line with July 4,” when thousands of flights were canceled and delayed.

Ms. Becker said that while airlines have struggled with staff and customer service this year, the Federal Aviation Administration extends weather delays “longer than needed” even when a storm moves through.

“Frankly, I think there is enough blame to go around, and everyone in the aviation infrastructure shares in the blame,” she said.

According to the price-tracking app Hopper, Chicago’s Midway International Airport has already delayed 47% of its August flights, making it the top airport to avoid this weekend. Large numbers of flights have also been delayed at Baltimore/Washington International Thurgood Marshall Airport and Dallas’s Love Field.

The airlines say they have done everything possible to prepare for this weekend. They blame part of the problem on the government not training any new air traffic controllers during two years of pandemic restrictions.

Airlines for America, a nonprofit group that represents the nation’s 10 major passenger and cargo air carriers, said in an email that the airlines hit a record-high 767,000 employees in June, trimmed their summer capacity by 16% and are “already in the process of adjusting their fall schedules.”

According to the government, the airlines themselves caused most of the problems by overbooking flights earlier this year.

Last month, Bureau of Transportation Statistics data showed that from January to May, 40.7% of flight delays were caused by the air carriers themselves and 36.7% were caused by planes arriving late. Only 17.2% were caused by “national aviation system problems” such as a shortage of air traffic controllers.

“Where demand has increased, the FAA is adding additional air traffic controllers,” the FAA said in an email. “The FAA annually hires new controllers, is on target to meet our hiring goal this year, and is reducing the backlog of training caused by COVID-19.”

The Department of Transportation says Mr. Buttigieg’s response has helped the airlines trim their schedules and improve recruitment.

“In part, these actions have led to a decrease in cancellations from late spring and early this summer,” the DOT said in an email.

According to the DOT, airlines canceled 2.8% of their flights from January to June. American Airlines, the nation’s largest carrier, led the way with 3.88% of all flights scrapped — more than any major competitor and ahead of only Spirit, Allegiant and JetBlue.

Flyers Rights, a nonprofit passengers’ advocacy group, is advising air travelers to do more than get a refund for canceled flights this weekend.

The group says travelers who want to arrive at their destinations should consider booking a refundable ticket on a second airline or driving instead of flying.

“Labor Day weekend, as one of the top air travel periods, requires passengers to be especially alert to possible flight delays or cancellations,” said Paul Hudson, the group’s president.