Ai-Da the robot painters, Iranian epics and a gaze at God – the week in art


Exhibition of the week

Ai-Da: Portrait of the Robot
Enter the uncanny valley with this realistic humanoid robot who can draw “herself”. Is that art? So what is art? Plenty to think about. Read more.
Design Museum, London until 29 August

Epic Iran
There’s enough beauty here to fill several exhibitions – but this trip through 5,000 years of cultural history works because of the sheer quality of the exhibits. An eye-opener. Read our five-star review.
V&A, London, 29 May-12 September

Royal Portraits: From Tudors to Windsors
We seem as fascinated by the monarchy as ever, one way or another. This exhibition reveals how the images of British royals have been shaped since the Renaissance.
National Maritime Museum, Greenwich, 28 May-31 October

Conversations With God
A free exhibition about the 19th-century Polish artist Jan Matejko’s history painting of the revolutionary astronomer Copernicus, this is the first time the National Gallery has ever shown Polish art.
National Gallery, London, until 22 August

Nero: The Man Behind the Myth
Some wonderful things here, from statues of Nero and other members of the imperial family to Pompeiian frescoes, whatever you think of the exhibition’s thesis that Nero was not the monster history has made of him. Read more.
British Museum, London, until 24 October.

Image of the week

An enormous space rocket could be next up on Trafalgar Square’s fourth plinth – or a Ghanaian grain silo, a bobbly man, a giant jewellery tree, missionaries in Africa, or a memorial to murdered transgender women. Six shortlisted ideas have been unveiled at London’s National Gallery for the sculpture commission, which rotates normally every 18 months, and the public can help pick two winners, to be installed in 2022 and 2024.

… while the rush for digital NFTs comes at an environmental cost

Tacita Dean was baffled by the pandemic lockdown

Will London’s vast 22 Bishopsgate office block ever be full?

Ming Smith was one of the few women in Kamoinge, a collective of black photographers

Matador academies, Ukrainian prom night and other adolescent rites of passage have caught the eye of photographer Michal Chelbin

… This year’s finalists were unveiled in Sydney

… and we looked back at some past highlights

The race is on for the best Milky Way portrait

Derby’s new Museum of Making is a temple to manufacturing

Nero was framed for the burning of Rome

Coal and Georgian terraces were inextricably interlinked, according to a new book on architecture’s environmental impact

… while Hastings is full of FILTH (failed in London, try Hastings) with beautiful homes

Technology is not doing David Hockney many favours

‘Memento mori’ applies to animals too

Eric Carle, writer-illustrator of The Very Hungry Caterpillar, has died

Masterpiece of the week

The Abbé Scaglia adoring the Virgin and Child, 1634-35, by Anthony van Dyck
Two centuries of Flemish art lie behind this emotional encounter between a man and the mother of God. Van Dyck portrayed his patron Scaglia for a church in Antwerp, putting his fretful and careworn praying presence in a direct and intimate reciprocal relationship with Mary and Jesus. It’s a move that epitomises the passionate, unbuttoned baroque style that flourished in 17th-century Catholic Europe. Yet it is also a nod to Van Dyck’s local Flemish forerunners; 200 years earlier, Jan van Eyck was painting wealthy people in similar close encounters with the Virgin, including in his great Madonna of Chancellor Rolin in the Louvre. Van Dyck updates the genre with a waft of Baroque silks and a breath of sky.
National Gallery, London

If you don’t already receive our regular roundup of art and design news via email, please sign up here. 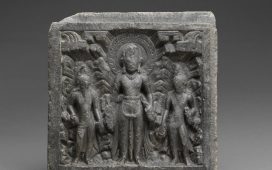 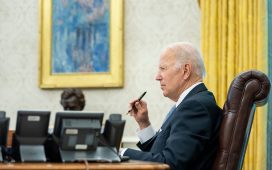 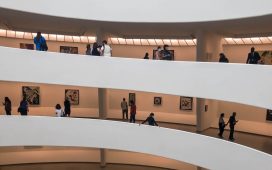 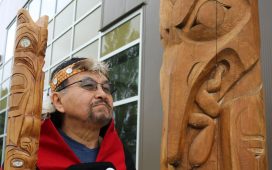