Amoukanama is the first AGT season 17 act to take the stage for the live shows. The group starts off strong in the audience. One member of the crew is tossed over the judges! Their energy is absolutely electric. They’d make a perfect Vegas show.

“You guys are sick in the best way possible,” Howie Mandel declares after seeing them for the first time. Simon Cowell is definitely entertained. He gives the group a 10 out of 10!

Amazing Veranica & Her Incredible Friends is the next act to perform. Veranica is very cute, and so are her pups. However, this is not quite a Vegas-level act just yet. Sofia Vergara loves how “in control” of her act. The precious dogs start acting up in the midst of the critiques. Howie admits that there were some mistakes in the performance, but says the “mistakes were adorable.” He loves that the performance was “kind of chaotic.”

Ava Swiss returns to AGT after her emotional first performance. The singer, who survived the Oxford High School shooting, performs in honor of her school. She stuns with her rendition of Pink’s “Wild Hearts Can’t Be Broken.” All the judges give her a standing ovation.

Heidi Klum congratulates her for “nailing that song.” Simon tells Ava that this “incredible” performance was a “statement.” Howie commends Ava for her resilience.

Avery Dixon: 5 Things To Know About The Amazing Golden Buzzer Act On ‘AGT’

After getting 4 Xs from the judges, Ben Lapidus is ready for an even bigger and better performance. However, Ben stops midway through to start singing a rock version of “Parmesan Cheese.” The entire crowd is singing along. Simon is still not a big fan, and so he presses his red X. Howie presses his X as well.

When Howie starts to critique Ben, the crowd starts to drown out his voice. “I don’t understand how you made it here,” Sofia admits. The audience keeps getting louder, so Simon can’t even get his two cents in!

Drake Milligan Has A ‘Good Chance’ At Winning AGT

Standup comedian Lace Larrabee hits the stage to try and bring the laughs. Her routine is very much female-centric, which has Sofia and Heidi laughing. Simon isn’t here for it, so he presses his red X. Simon is booed and says he pressed the X to help her.

“There was something missing for me,” he tells her. He thinks the performance felt rehearsed. Howie admits that Lace has a “great stage presence.”

Country singer Drake Milligan performs another one of his original songs — “Kiss Goodbye All Night” — for his latest performance. “You’re the whole package,” Sofia raves. Howie thinks that Drake has a “good chance” at winning AGT. Simon echoes Howie’s comments and believes Dake is the “real deal.” Simon calls it the “best performance of the night” so far.

Oleksandr Yenivatov is back for some wild contortionist fun. This man can bend and twist his body in the most jaw-dropping ways. Simon gives Oleksandr a standing ovation. After not liking Oleksandr’s first audition, he’s loving the act now. Sofia calls the performance “disturbing and fascinating at the same time.”

NFL Players Choir bring joy with their performance of “Can’t Stop The Feeling” by Justin Timberlake. This group will instantly make you smile. Howie isn’t a very big fan of choirs, but he loves this group. “You make us feel good,” he says. Simon is all about the NFL Players Choir. “I felt amazing after that,” Simon tells the choir. He implores America to vote for the NFL Players Choir.

Dancing duo Stefanny and Yeremy return to AGT with yet another sexy performance. Their chemistry is truly off the charts. Right at the end of the performance, Simon presses his red X. Sofia tells the duo that the performance was “spectacular.” She calls Simon “crazy” for pressing his X!

He reveals that he pressed the X because he felt like the act “needed a transition midway through.” Stefanny defends the performance and stays confident in what she performed.

Comedian Don McMillan hits the AGT stage with his Powerpoint standup act again. Right off the bat, Don has Howie laughing. “I think you are already a national treasure,” Howie tells Don. Simon admits that he didn’t like Don’s audition but acknowledges that he was wrong.

The final performance of the night comes from Golden Buzzer recipient Avery Dixon. This kid is a true performer. He plays the saxophone to Stevie Wonder’s “Higher Ground.” Everyone is on their feet. A stunned Simon compares Avery to Carrie Underwood and tells him, “You’re going to be a superstar.” 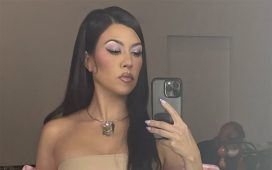 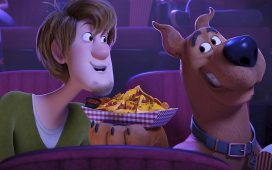 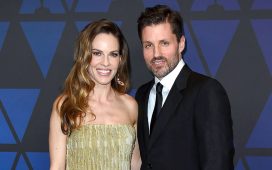 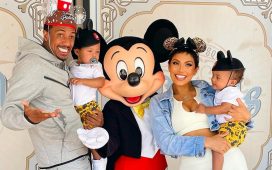 ‘Bachelor In Paradise’: Teddi Leaves After Failing To Connect With Andrew 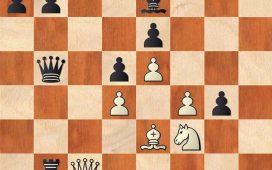 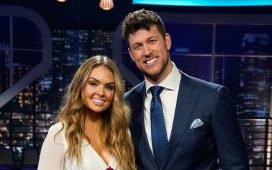