An AHL fight between ended with Kale Kessy stretchered off the ice with an oxygen mask over his face, and gut-wrenching scenes such as that should be enough to end the fighting debate. 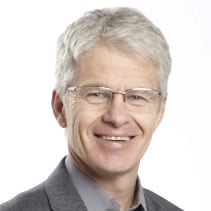 How anyone could watch the stomach-churning video of the recent fight in the AHL between Derek Sheppard and Kale Kessy and still believe there is any place for fighting at any level of hockey is entirely beyond me. But there are people who still believe that. A lot of them, I reckon.

So those of you who are still comfortable watching a player get stretchered off the ice with an oxygen mask over his face, I have one question for you. Y’all know somebody is going to die in a hockey fight someday, right? It might be tonight. It might be this weekend. It might be 10 years from now, but it will happen.

In fact, it already has. A little more than 11 years ago, a 21-year-old university student with a bright future died in hospital three weeks after he was involved in a hockey fight in a senior hockey game. His name was Don Sanderson. The needle has not moved one fraction of a centimeter since then. Guess Don Sanderson wasn’t important enough or a big enough name for the hockey world to care. Tell that to his parents, who watched him struggle in a coma for weeks before making the heart-wrenching decision to take him off life support.

If this can happen in a fight in the AHL between two very seasoned fighters, it can happen anywhere. In fact, you look at the numbers and it’s hard to believe Sheppard was the one who knocked Kessy unconscious. Of the two combatants, Kessy was older and slightly bigger and had a far more extensive fighting resume. At 6-foot-3 and 212 pounds, the 27-year-old was playing his 24th game of the season for the Hershey Bears and had a long history of fighting. Last season, he had a mind-boggling 370 penalty minutes split between the AHL and ECHL. According to hockeyfights.com, Kessy fought 45 times during his career in the WHL, 23 times each in the ECHL and AHL and once in an NHL pre-season game. He also had five fights in NHL rookie tournaments for a total of 97 since the 2009-10 season. The 25-year-old Sheppard, playing for the Charlotte Checkers, had 28 fights in his QMJHL career, eight in the ECHL and nine in the AHL. He stands at 6-feet and 215 pounds.

So this was not a mismatch by any stretch of the imagination. And this was not a fight where one of the combatants was not familiar with what he needed to do to keep himself from getting injured. Neither was there anything in the seconds before the fight that appeared to happen that precipitated the fight. They weren’t even close to one another on the ice when they decided to fight. In fact, both players appeared calm and calculating as they ignored the play around them, then removed their helmets and placed them on the ice before squaring up the way a couple of prize fighters would.

Then things took a turn. After exchanging a couple of punches, Sheppard caught Kessy with a right directly to the face that knocked Kessy out, causing him to fall and hit his head on the ice while Sheppard tried to get one last shot in. Sheppard, realizing Kessy was in very real danger, knelt over his opponent and motioned for medical personnel to come quickly, which they did. Kessy regained consciousness on the ice and, at last report, was in stable condition.

And just so you know, hockeyfights.com invites people to vote on which player won each fight it profiles. Not sure what was more disturbing, the fight or the fact that 15 people voted on it. Fourteen declared Sheppard the winner, by the way.

Kale Kessy, one would assume, is counting his blessings things weren’t more serious. Four months prior to that, an AHL fight ended in a one-punch knockout when Colby Cave of the Bakersfield Condors knocked out Martin Pospisil of the Stockton Heat. Pospisil said shortly after the fight that he was looking forward to redeeming himself in a rematch. Fill your boots, kid.

If the players themselves don’t realize it, this insanity has to stop. It won’t, though, so consider yourselves warned. After the Don Sanderson death, I had one hockey observer opine that fighting has been around for a hundred years in hockey and that there had only been one death. That seemed like an acceptable ratio to him.

Thinking about it all day today……

I don’t feel like watching another hockey fight ever again.