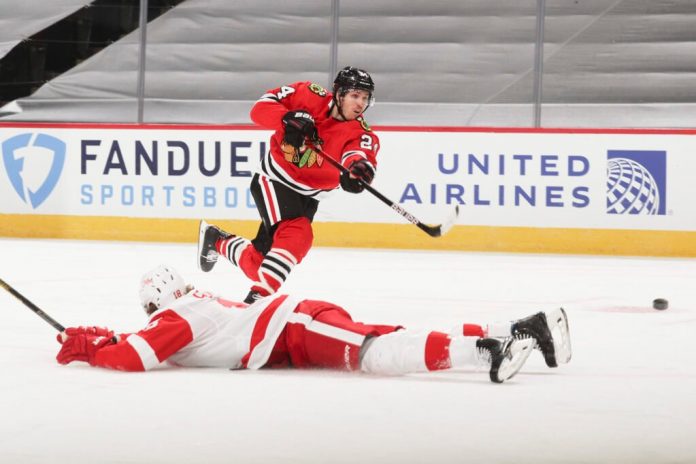 Through four games this season, the Red Wings were able to get off to a .500 start by playing resiliently and opportunistically — with a battle level that kept them in games just long enough to steal a couple.

It wasn’t the flashiest recipe, but it worked well enough against a pair of teams (Carolina and Columbus) that made the playoffs last season. And going into a weekend series against a Chicago team that was 0-and-4 and allowing five goals against per game, that same blueprint may well have been enough for at least another split, had the Red Wings followed it again.

Instead, two losses by a combined score of 10-3 later, Dylan Larkin was left to lament a series that “wasn’t the hockey we played at home.”

“We had an opportunity here against a team we thought we could beat twice,” Larkin said after a 6-2 loss in Sunday’s finale. “And we didn’t show up.”

The Red Wings, surely, would…