In her 20s, Charmaine Daoud was an active student, personal trainer, lifeguard and spinning instructor.

But a devastating accident aged 21 led to her being paralysed from the neck down, flipping her life upside down.

She was travelling home with her mum, dad and sister to Milton Keynes from a relative’s birthday party in London when the car was hit twice by a drunk driver around 3am on July 14, 2001.

The accident killed her father and sister, and while Charmaine survived, she spent weeks in a coma after suffering life-changing injuries.

Now 20 years on from the accident, Charmaine volunteers for organisations who helped her and credits her work with giving her a boost in confidence.

In 2005, she started volunteering with Thames Valley Police, inspired by an off-duty officer who was one of the first on the scene after the accident, and later joined the Spinal Injuries Association, as she wanted to help others who have gone through a similar injury.

She wants to show that disabled people are able to get involved and make a difference.

‘I was young when the accident happened and I was so used to being busy. I was in the second year of a sports science degree, ‘ she says.

‘I have to thank SIA and the police for giving me a purpose in life again and getting me back to work.’

After the accident, Charmaine spent five weeks in a coma in the National Hospital for Neurology and Neurosurgery in London.

During her recovery, Charmaine spent seven weeks in intensive care but her family made the tough decision not to tell her about her father and sister’s death as doctors told them the shock of the news could kill her.

‘I had a tracheotomy and couldn’t talk but my cousins were lip reading and could see I was asking where dad and Sarah were,’ she says.

‘Mum had to protect me and say they were in another hospital because the doctors said the shock could kill me. After seven weeks I was well enough to go to a ward and then they told me.’

As well as paralysis, she suffered a major head trauma, which erased her memory of the three weeks before the accident.

Just two weeks before, she had celebrated her 21st birthday but does not remember it. The last thing she remembers is her parents’ silver wedding anniversary on June 19.

She says: ‘I have a massive gap I don’t know about in my life and I wish I didn’t because it was last time I saw dad and Sarah.’

After three months on the Victor Horsley Ward of the National Hospital for Neurology and Neurosurgery, Charmaine was transferred to the National Spinal Injuries Centre, based at Stoke Mandeville Hospital, where she spent a year undergoing rehabilitation.

From there, the then 22-year-old was moved to a nursing home for two and a half years as planning permission to convert the garage of the family home was refused and she couldn’t move back home.

She eventually found a bungalow that had to be adapted and she moved in in April 2005.

In April 2002, the driver plead guilty to two charges of causing death by careless driving and he was sentenced to two years, but was expected to serve eight months of that.

Two weeks after the court case, Charmaine and her mum decided to launch a petition against the sentence.

Charmaine says: ‘We thought this was an insult to have my dad and sister killed and me paralysed from the neck down let alone the physical, psychological and emotional scars to my mum and I have for the rest of our lives.

‘We collected 10,500 signatures in two weeks. We then made an appointment at 10 Downing Street to hand our petition in.’

The driver was re-sentenced and received three and a half years, taking into account how much time he had already served.

Charmaine’s experience of working on the petition made her realise she wanted to use her time to give back.

After settling into her new bungalow, she started working with the police later that year and had been going into the office most weeks, helping to organise spreadsheets and carry out admin work to organise other volunteers. During the pandemic, she has been unable to do the work as it requires her to be at the police station, but she hopes to return to it later this year.

Seeing how much she enjoyed that role, she also took on some volunteering for the Spinal Injuries Association four years ago.

She visits their office in Milton Keynes and helps with admin work, as well as working on its support line, answering calls and giving help to others who call the charity asking for advice about their own experiences with spinal injuries.

‘I wanted to give something back. A family member works for the police and he suggested it,’ she says.

‘I really enjoyed that so then I took on the role for the Spinal Injuries Association too.

‘It keeps me busy and active. I have adaptive hand splints to help me type and I am slower but I can do it.

‘I like the independence of doing that rather than using voice activated software.’

Charmaine has seen many benefits for herself from her volunteering work and encourages other disabled people to chat with organisations they want to support about what they can do to help.

While many might envisage volunteering as working in a charity shop or helping at an animal shelter, Charmaine wants to highlight the variety of things volunteers do.

She says: ‘Volunteering has been so important to me and there are opportunities for disabled people to get involved.

‘I think it’s important to find something you are interested in and find what you can do.

‘Lockdown has been really tough and I hope I will be able to go back to my volunteering roles soon.’


MORE : Feel like you don’t have time to volunteer? Here are ways to get involved if you’re always busy


MORE : I volunteer to hold people’s hands at the end of their lives


MORE : The science behind why volunteering to help others makes you happier

Volunteers’ Week takes place 1-7 June and highlights the amazing ways people can give back and help others. To get involved click here. 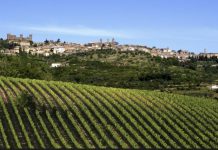 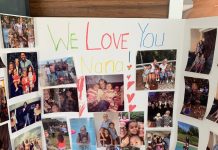 The Importance of Holding a Memorial—Readers Respond 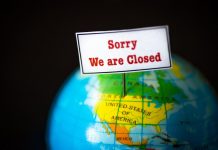 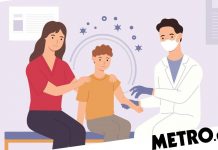 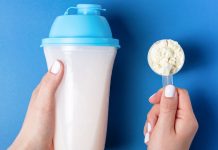 The lark advantage: why naturally early risers are happier than night owls 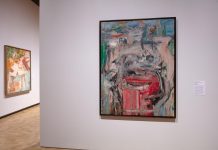 Chaïm Soutine And Willem De Kooning At The Barnes Foundation, An Exaltation Of Paint

‘Be proud, be happy’: How parents can support a child coming out 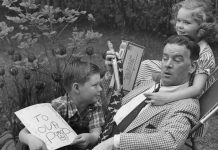 Father's Day 2021: Gifts for the Beach and the Backyard 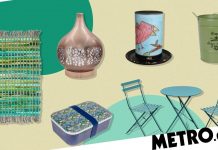 Top of the charity shops: Cheap homeware and accessories from Oxfam, Barnado’s and more

Is it OK to buy readymade pastry, or should I make it myself? | Kitchen aide