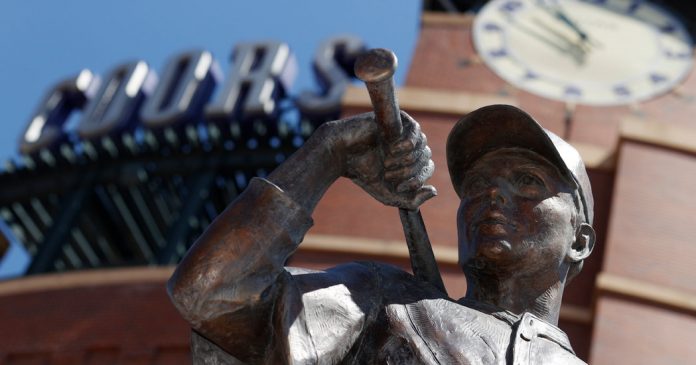 Summer is normally the domain of baseball, and weeks ago there was talk of the sport triumphantly returning on July 4.

But instead of a symbolic replanting of the flag on the sports landscape after a coronavirus hiatus, baseball now appears ready to settle for a severely abridged, 60-game season starting in late July.

The contentious and winding path to a 2020 schedule, with a protracted game of posturing and brinkmanship by team owners and the players’ union, threatened to derail the season and damage the reputation of a sport already wrestling with declining attendance, and bruises left by one of the worst cheating scandals in the sport’s history.

“The virus has hurt a vast number of people, companies and institutions in the United States and worldwide,” said Marc Ganis, a consultant in Chicago who advises N.F.L., N.B.A. and M.L.B. teams. “Was baseball hurt more than it otherwise needed to be? The answer is absolutely yes.”

Much of that pain was self-inflicted, the result of a frayed relationship between the league’s 30 team owners and the players’ union.

Talks between the two sides about when and how to restart the season broke down repeatedly after they began in March. At the heart of the disagreement was how much players would be paid in a shortened season: The union was willing to accept prorated pay for fewer games, but balked at further cuts demanded by the owners when it became clear that games would be played in empty stadiums.

On Monday, after the union rejected yet another offer from the owners, the league exercised its right to impose a 60-game season, which was expected to begin on July 24.

Still to be resolved are protocols to ensure the health and safety of players and staff as the pandemic continues. Teams have not implemented regular testing yet, but several clubs have reported positive tests among players and staff members over the past few days.

Haunting the negotiations are memories of a 1994 strike that canceled that year’s World Series and devastated the sport for years. A canceled season and a 17-month gap without games could have brought an even bigger calamity for the sport.

“It’s absolute death for this industry to keep acting as it has been,” Trevor Bauer, the outspoken Cincinnati Reds pitcher, wrote on Twitter on Monday night. “Both sides. We’re driving the bus straight off a cliff. How is this good for anyone involved? Covid 19 already presented a lose lose lose situation and we’ve somehow found a way to make it worse. Incredible.”

The reasons for the breakdown, Ganis said, included a “terrible relationship” between the league and the players’ union, an open-ended agreement in March between the sides, the upcoming labor fight after the 2021 season, and “greed, when the rest of the country is hurting so badly.”

Making matters worse, he said, baseball was already dealing with cable cord-cutting that had damaged teams’ broadcast revenues, an aging fan base and an inability to speed up the game’s pace of play. Over the winter, the emergence of a scandal in which the Houston Astros were found to have illegally used live video feeds to steal opposing catchers’ signs during their 2017 championship season further damaged the sport’s reputation.

“It’s amazing they couldn’t even get together during an international pandemic,” Ganis said of the players and owners.

Still, completing any sort of plan to play this year was a victory, even if the public back-and-forth between wealthy players and even wealthier owners during a deadly pandemic made for poor optics. But the drawn-out process might look worse in retrospect if a feared second wave of infections in the fall comes to fruition, when the season could have started sooner.

While many players — and the thousands of employees whose livelihoods depend on games — were thankful that a conclusion of the dispute was imminent, some remained concerned that even if a season began, it might not be completed because of the unpredictable virus.

Throughout the discussions, M.L.B. executives and team owners balked at proposals by the players’ union for seasons of 89 and 114 games that would extend deeper into the year than usual — not only because of the money the teams would lose holding games without fans but because they feared a resurgence of the virus would wipe out the lucrative postseason.

Under the plan imposed by Commissioner Rob Manfred on Monday, a second spring training will begin next week, with July 24 as the new opening day — about four months after the originally scheduled season opener. A normal season is 162 games; this one would be the shortest since the early years of the National League in the late 1870s.

An asterisk may always hover over the 2020 season because of its length — after 60 games last year, the eventual champion Washington Nationals held a feeble 27-33 record — and the unusual rules that likely will be enacted, including a designated hitter for both the American and National leagues, larger rosters and starting extra innings with a runner on second base to hasten games.

The extended disagreement between M.L.B. owners and the players’ union began in March, after the two sides quickly negotiated a return-to-play pact that they interpreted in vastly different ways in the following months.

In that deal, the players agreed to be paid on a per-game basis, but M.L.B. later expected further salary concessions for a season played without fans in the stands. Long skeptical of owners crying poor, the union did not budge, wary of setting a precedent that could weaken them in negotiations for a new collective bargaining agreement when the current one ends after next season.

Given the mistrust and animosity exhibited by the sides during these negotiations, a lockout ahead of the 2022 season feels just as likely — if not more.

In April, M.L.B. and the union debated ideas about how to eventually begin the season safely during the pandemic, even considering a sequestered environment similar to what the N.B.A. and Major League Soccer are planning near Orlando, Fla., this summer. But the logistical hurdles were many, and players largely opposed that proposal.

When it became increasingly clear there would be no fans at baseball games this summer, M.L.B. repeatedly proposed further pay cuts and a shorter season, while players held firm on receiving full prorated pay and pushed for more games. The rhetoric between the sides grew more acrimonious with each statement released and each letter exchanged.

Soon after the union cut off negotiations earlier this month and called for M.L.B. to set the schedule per the March agreement, Manfred went on national television to say he was “not confident” a season would be played at all this year.

He eventually rekindled talks with the union’s executive director, Tony Clark, but even then the sides couldn’t agree on the framework they had discussed during a meeting in Arizona.

The owners last week proposed a 60-game season that included expanded playoffs, a universal designated hitter, 104 percent of prorated salaries, $25 million from a playoff pool and $33 million in forgiven salary advances. The union countered with a 70-game season, and other sweeteners, but the owners refused to even consider that proposal.

An agreement would have called for both sides to waive their right for a grievance, which the union had threatened to pursue for substantial payouts on the claims that the league had negotiated in bad faith. After the union resoundingly rejected the owners’ offer on Monday, a move that preserved the players’ grievance option, the owners moved to implement a 60-game season without expanded playoffs or the additional financial incentives for players.

Manfred then exercised the option bestowed to him by the March agreement to set a schedule on his own.

The only holdup as of Tuesday evening was the finalization of the health and safety protocols. Last month, M.L.B. gave the players a 67-page manual on health and safety provisions, which detailed coronavirus testing multiple times per week, new social distancing rules for clubhouses and dugouts, and criteria for which at-risk players could opt out of playing. The manual has grown, but the union had not yet approved it.

Because of a spike in cases in Arizona and Florida, the two hubs for spring training and where players had been working out informally, several teams, including the Mets and Yankees, reversed course and instead decided to return to their regular-season homes for preseason practices. M.L.B. shut down all 30 teams’ spring training complexes over the weekend for extensive cleaning after players and employees on several teams — including the Philadelphia Phillies and Yankees — tested positive for the virus.

“Baseball has had two great advantages: A great volume of games and a calendar in the summer that was effectively unencroached upon,” Ganis said. “That could perhaps change forever.”

He speculated that the N.B.A. might see a boost in ratings this summer, and it may have to shift the start of its 2020-21 season back two months, as well — moving it further away from the popular N.F.L. and college football seasons and deeper into baseball’s summer territory.

Fans have gone since March 12 without baseball. After spring training games in Florida that day, M.L.B. put its operations on hold and delayed its scheduled March 26 opening day at least two weeks because of the virus’ spread. At the time, some hoped baseball would return in April — an idea that seems naïve now.

Unlike the N.H.L. and N.B.A., which had played the majority of their regular seasons by the time the pandemic struck North America, M.L.B. had not begun its own. And despite a meandering route to an unfamiliar season, M.L.B. is still set to beat them to action — by a week.

Gerardo Parra Hopes ‘Baby Shark’ Magic Can Bring a Title in Japan, Too 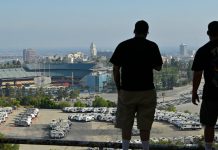 Baseball Avoided a Lost Season. But Bigger Threats May Lie Ahead.

Baseball’s New Rules: No Spitting, No Arguing, and Lots of Testing 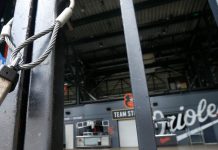 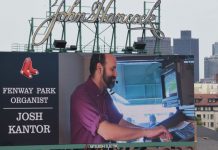 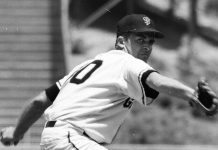 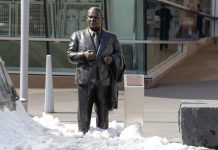 Monuments Removed at Stadiums in Washington and Minneapolis 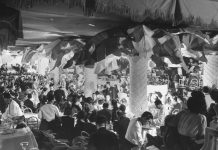 63 Years Later, a Confession in a Legendary Yankees Scandal 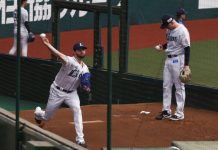 For an American Journeyman, a Long-Delayed Honor in Japan 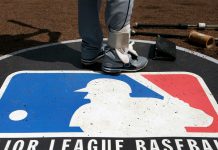 M.L.B. and Union Chiefs Form Plan to Play, Offering Hope of a Season