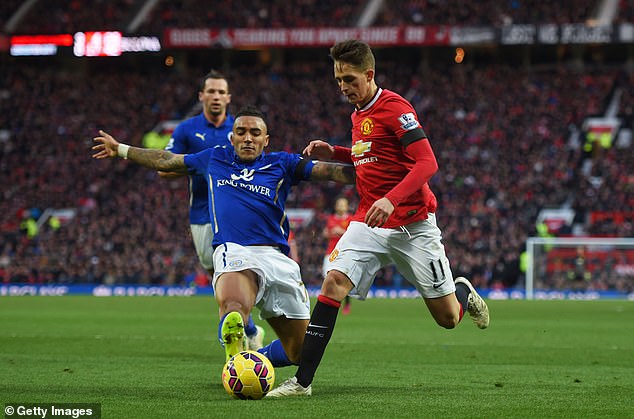 ‘Manchester United is my second team’: Adnan Januzaj reveals he STILL loves his old side despite leaving Old Trafford three years ago… as he admits Paul Pogba is his favourite player

Adnan Januzaj has opened up on his bond with Manchester United, revealing he still supports his old side despite being shown the exit door nearly three years ago.

The Belgium winger burst onto the scene at Old Trafford in 2013 after two years in the club’s academy, but ultimately failed to make the grade.

He was sold to LaLiga outfit Real Sociedad for nearly £10million in the summer of 2017 and has helped his current side reach this season’s Copa del Rey final.

Adnan Januzaj (right) pictured in action for Manchester United back in January, 2015 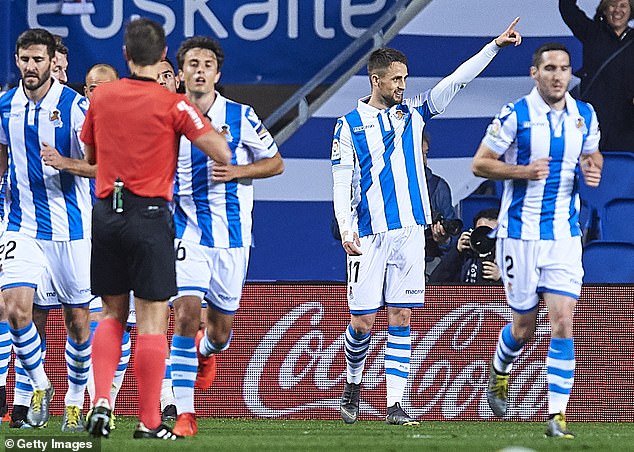 But despite being happy in Spain, Januzaj says he still keeps an eye out for his former club as they look to start challenging at the top of the Premier League once again.

‘Manchester United is my second team after Real,’ he admitted in an interview with Spanish newspaper AS.

Asked about the best player in the world, Januzaj also revealed his admiration for one of his former team-mates.

‘For me the best player is Cristiano Ronaldo, but my favourite is [Paul] Pogba, because I grew up playing with him,’ Januzaj said. 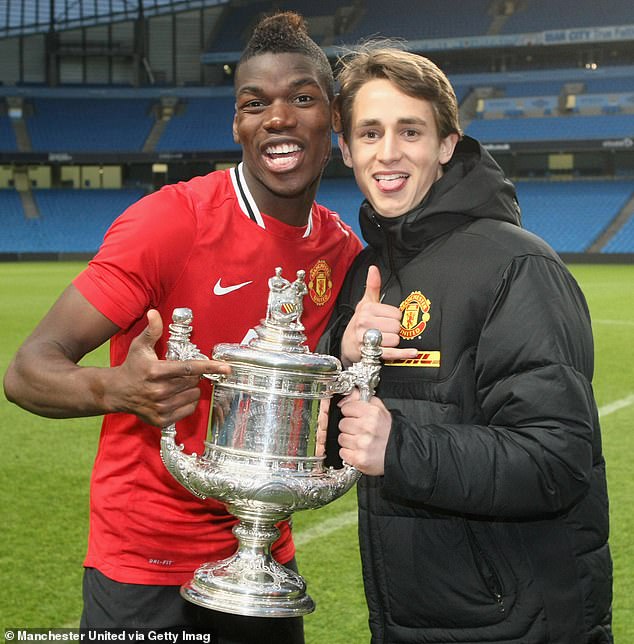 Januzaj poses with Paul Pogba after lifting the Manchester Senior Cup back in May, 2012

The 25-year-old spent a year in United’s academy with Pogba before he departed for Juventus in 2012, while he was also a United player, albeit out on loan at Sunderland, during Pogba’s first season back at Old Trafford in 2016-17.

Januzaj has scored six goals in 22 games for Sociedad this season, helping them to fourth place in the table.

The former Borussia Dortmund loanee will be looking to fire his side to an unlikely Champions League spot when football in Spain resumes after the coronavirus crisis. 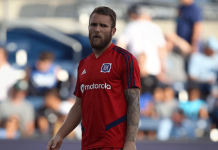 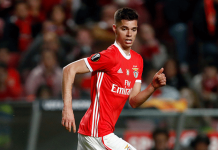 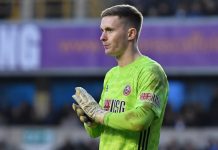