When Adele set out to finish her new album, “30,” her record label wondered how to make it resonate with a younger crowd. Adele is a vocal powerhouse with an out-of-time sensibility, and she takes long hiatuses between albums. It has been six years since her previous record, “25,” and much has changed in the world of popular music, whose pace Adele has long been proudly out of synch with. “The conversation of TikTok came up a lot,” the singer told the radio personality Zane Lowe, in a recent interview. “They were, like, ‘We’ve really gotta make sure that these fourteen-year-olds know who you are.’ ” Adele is one of the few figures in entertainment with the authority and the gravitas to brush off such misguided suggestions, and her solution was defiantly simple. “They’ve all got moms, and they’ve definitely been listening to my music, these fourteen-year-olds,” she told the label.

One reductive description that has been used to characterize Adele’s music and her cultural imprint is that she is “for moms.” Since her career took off, in 2011, with her sophomore album, “21,” a potent breakup record that gradually became canon, Adele’s contemporary take on soul, blues, and gospel has been appreciated as a monument to tradition. Strictly concerned with matters of the heart and committed to the unshowy principles of songwriting and musicianship, she’s a modern star who feels eternal, and also maternal—reliable, steady, and nurturing. She was only a teen-ager when she broke out, but womanly dignity was the bedrock of her work from the get-go.

And yet to sum up Adele’s music as “for moms” is to understate just how wide-reaching her impact has been. Adele is not only the highest-selling pop star in history but also the most institutionally acclaimed. She makes music that everyone can feel good about, in particular the voters of the Recording Academy, who have given her fifteen Grammy Awards over the years, most of them in major categories. Even if you don’t seek out Adele’s music, you absorb most of it; her catalogue of thundering torch songs has become part of the atmosphere. Adele does not participate in most customs of contemporary celebrity, and often recedes from the public eye, leaving only the songs behind. These songs are missives from her personal experiences with love and heartbreak, but they are designed to be universal. At times, it feels as if her music were a utility that belongs to everyone and no one, like electricity or running water.

“30,” which was released earlier this month, is the first record that sounds as if it belonged to her alone. Born Adele Adkins—although she is so deserving of a mononym that to see her surname in print is disconcerting—and raised mostly in North London, she studied at the same performing-arts academy that Amy Winehouse had dropped out of, several years before. Like Winehouse, and like many other British women in her wake, Adele was primarily interested in the traditions of Black American music, including blues, Motown, roots, and gospel. But she also had a knack for modern pop balladry, and the vocal talent to execute it. Adele’s catalogue is a longitudinal study of her life, each album focussed on a specific age. Her début recording, “19,” was a scattered and plucky but accomplished musical portfolio of sorts. Its smash follow-up, “21,” zeroed in on a particularly tumultuous breakup, harnessing and refining Adele’s sense of scorn. “She is half your age, but I’m guessing that’s the reason that you strayed,” she spewed on “Rumour Has It.”

Adele eventually married an entrepreneur named Simon Konecki, and in 2012 they had a son named Angelo. On “25,” she cleared the bitterness that lingered in the air after “21,” and reckoned with the passage of time. It was her most musically conservative album, polished and hearty but painted with broad strokes and performed in a style that sometimes teetered on the brink of schlock. It was a blockbuster nonetheless. Around this time, Adele considered leaving music altogether. Maybe quotidian sentimentality and nostalgia didn’t make for the most inspired art. But, in 2019, Adele divorced Konecki, and found a new muse in her post-breakup loneliness and confusion.

There is perhaps no artistic feat better suited to Adele than a divorce album, but “30” takes some unexpected turns. Rather than focus on conjugal despair and dissolution, Adele allows herself to linger in the discomfiting yet exhilarating aftermath of her split. (If you want a pop record that faces divorce more squarely, seek out Kacey Musgraves’s “Star-Crossed,” from this year.) On “30,” Adele takes a hard look in the mirror. “It’s about time that I face myself,” she announces on “To Be Loved,” an almost seven-minute ballad that builds up the same epic potential energy that Whitney Houston did on “I Will Always Love You.” Adele has removed the distance between her music and her inner life, and “30” is diaristic and intensely personal. It makes her first three albums sound a bit clinical.

We’re used to hearing Adele belt, but on this album she prefers to chat, whisper, coo, crow, or grunt and groan. On one track, “My Little Love”—an exchange with her son that serves as the album’s emotional centerpiece—she uses samples of voice notes she recorded in the period after leaving Konecki. “Mummy’s been having a lot of big feelings lately,” she tells her son. “Like how?” he asks. It’s a moment that could seem treacly if it did not sound so candid, and so uncomfortable. Later in the song, Adele breaks into tears during a spoken-word confession: “I just feel very lonely. . . . I feel frightened that I might feel like this at all.” This album does something vanishingly rare in the attention-deficient streaming era by stringing together a tracklist that charts an emotional trajectory. It begins with rumination and despair, discovers libidinal release (“Can I Get It”), and then graduates to resolution, self-knowledge, and catharsis. Each of its final three tracks stretches past six minutes, including “To Be Loved,” a ballad in which she extends her voice to its breaking point and then keeps pushing. “Let it be known that I . . . trieeeeed,” she gasps, hoarse, as if attempting to insure that she’s exhausted her emotional reserves.

When she is not addressing her young son on “30,” Adele is often addressing herself, giving a pep talk or a reproach. “Cry your heart out, it’ll clean your face / When you’re in doubt, go at your own pace,” she advises on a playful song called “Cry Your Heart Out.” The song is Motown-lite, made jauntier with the swing of reggae guitar and handclapping, and it points to a newfound stylistic elasticity. An earlier version of Adele might have distilled all the emotional vagaries of divorce into something reassuring in its grandeur, but “30” is uneven in the most gratifying way, which is to say that it is an authentic chronicle of personal turbulence.

Adele has never concerned herself with the trends of contemporary music, and that is a huge part of her appeal. “30” is no different, and she reaches even farther into the past for musical inspiration. She opens the record with “Strangers by Nature,” an ornate song inspired by Judy Garland’s vaudevillian performances. One of Adele’s closest collaborators is the record producer and jazz pianist Greg Kurstin, and the jazz influence infiltrates the album as well—one song, “All Night Parking,” samples the jazz-piano balladeer Erroll Garner and transforms Adele into a coquettish lounge singer in the thrall of new love. The last part of the album has a strong gospel influence. And yet “30” is Adele’s most modern-sounding record yet, perhaps because of how fluidly and casually she slips between these modes, and because of how unafraid she is to let the seams show—to let her voice crack while hitting a high note. So many young artists aspire, above all, to this kind of ease and versatility. “I hope I learn to get over myself, and stop trying to be somebody else,” Adele pledges on a song called “I Drink Wine.” It’s a jarring statement from somebody who sounds so much like herself. ♦ 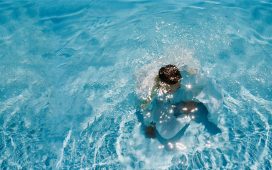 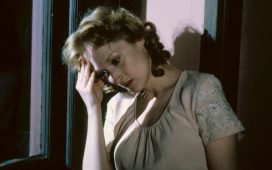 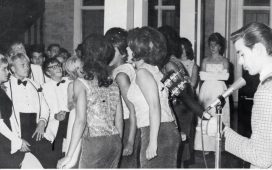 The Kansas City School That Became a Stop for R. & B. Performers 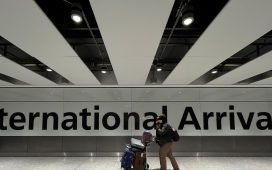 Will the Omicron Travel Restrictions Work? 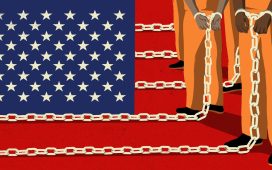 Mass Incarceration in America, Then and Now 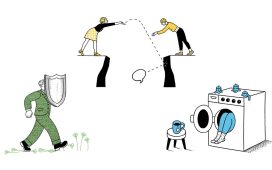 The Most Popular Shouts of 2021