Abbi Jacobson has knocked it out of the park.

The A League of Their Own co-creator and star celebrated the success of the Prime Video series, which seeks to include new stories that were left out of the 1992 film. “I’ve been pretty blown away by the response this weekend,” the Broad City alum tweeted Aug. 15. “I was really changed learning about this generation of women. I feel really proud of this show + to know its resonating with people really means a lot.”

Continuing, Abbi noted that some viewers, however, haven’t been all that receptive to the diverse stories the show is telling. “I have seen a lot of people angry and mad at our inclusion of more experiences (POC, QWOC, queer) and that anger (aka fear) has only made me more sure about why this reimagining needed to be made,” she explained. “[It’s] why representation matters so much.”

Abbi’s tweets come just a few days after sharing her desire to diversify the beloved movie in an Aug. 14 interview with The Daily Show‘s Trevor Noah. She admitted the writers were “full-on” when it came to showcasing POC and LGBTQ+ people, joking there’s no “alluding” whatsoever. 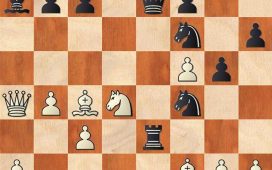