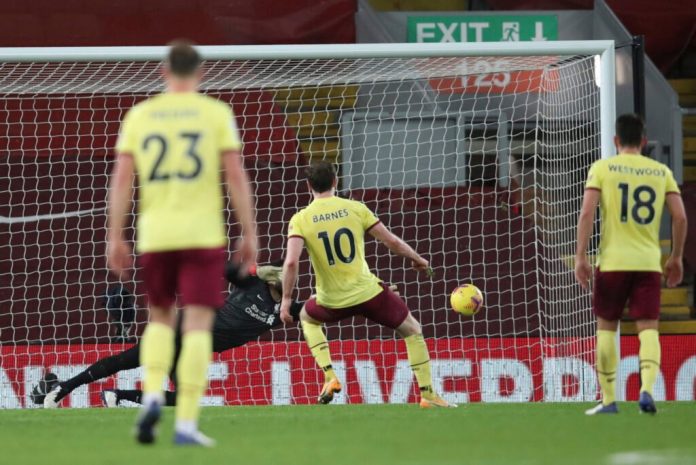 Yes, that’s right. That thing you watched last night, sat at home, wishing you were there… it did happen.

Your eyes weren’t deceiving you when Ashley Barnes placed the ball on the spot, composed himself and powered his penalty past Alisson to put Burnley 1-0 up at Anfield with seven minutes remaining.

Last night, Burnley did the impossible. Nobody beats Liverpool at Anfield. Not for 68 Premier League games, anyway.

Cross out Crystal Palace in April 2017 from the record books, replace it with Burnley, January 2020.

But then this is what Sean Dyche and his boys — his brilliant, determined boys — are all about. To a man they were superb. No passengers, no blade of grass uncovered, no body part not put on the line.

The underdogs, the overachievers. A performance that chairman Alan Pace thoroughly enjoyed as he watched on from his house in the Ribble Valley, continuing to recover from…