It’s the economy, stupid, was the refrain coined by James Carville to help Bill Clinton win his 1992 presidential campaign. The US was experiencing an economic recession and the incumbent president, George HW Bush, was seen as out of touch.

Yet the levers for prosperity are few in number. The main ones are tax rates, subsidisation and the law. Tax and subsidisation can raise issues that are politically fraught, so it is the law which presents the cheapest and easiest way to achieve a sense of wellbeing. There will always be specific rules and regulations which can be adjusted for the better.

But it is vital to appreciate that significant value arises from the legal operating system itself, so long as this is not interfered with by regulators or others.

Here, the UK has an in-built advantage, which needs to be nurtured. A system which is inherently liberal, and embodies an intrinsic respect for individuals and businesses, also allows for the greatest levels of private sector innovation and entrepreneurialism. The very method of English law, and its respect for the wishes of business people, has enabled phenomenal economic growth internationally, bringing prosperity to many corners of the world.

English law, and the respect it gives commercial dealings, offers a unique platform for business. It seeks to determine the wishes of the parties, intervening sparingly, only when necessary for public policy reasons. Judges try to identify and uphold the bargains that were struck, and award damages on the basis of losses actually suffered. They work to ensure adequate redress, based on the expectations shown by the parties in the wording chosen for their contracts.

It is hard to put a value on the benefits of English law. LegalUK, the legal think tank, has now sought to do just that with a report by economic consultants Oxera. It examines how English law forms the foundations of many types of global commerce, from derivatives, to shipping, commodity trading and insurance. It examines how it has brought trillions of pounds worth of efficiency savings to those markets, by reason of the predictability of the UK’s system itself.

To those involved in the practicalities of global commerce, this is unsurprising. The attractions are obvious when we look at the alternatives of a code-based civil law system such as the one created in France by Napoleon in 1804. The drafters sought to apply rationalist theories of the day to legal affairs, and to control societal activities through the law, ignoring the request of the businessmen who told Colbert, the French Finance Minister, in 1681 liaises-nous faire. The codifier’s method involves memorialising statements of rights, obligations, restrictions and exceptions on the basis that the correct criteria can be thought out in advance. The application of the law can then be left to be a relatively lowly function.

The ossification of legal concepts puts them in a state of permanent tension when new facts, not envisaged by the drafters, arise. There is no system of precedent to permit the judges to develop the codified legal concepts to adjust for the changing nature of business dealings; the code reigns supreme. The result is considerable uncertainty. This is especially true in areas which richly reward novel ideas, such as in financial services.

In English law, the law can evolve. Legal precedent, created case-by-case by judgments, allows enough flex for the law to fit current commercial activity – not that of centuries past. Judges can use new lines of reasoning, connected to the existing law by the proper use of principle and consistency. This is a sophisticated task undertaken by able, experienced and often prestigious judges.

The EU, along with most of its member states, Japan and China are among those with a code-based system. International parties rarely choose these for commercial purposes. Time and again business people, in sectors old and new, turn to English law – or to New York law, with its similar methodology – when choosing which law will govern their contracts. The codifiers have removed much of the likelihood of any recreation of a modern-day Florence, Amsterdam or Antwerp.

Now we have left the EU’s regulatory arrangement, the Treasury has published a consultation paper on the future framework for the regulation of financial services.

Under the proposals, regulators will be given more power over rulemaking. The UK will do well to enhance its hands-off approach to commerce. It must ensure that regulators, when supervising, writing and enforcing rules,  do not interfere with its winning formula.

Legal method is responsible for vast amounts of global business. The refrain for future growth should be “It’s the law, stupid”. Personal data is worth billions. These startups want you to get a cut – Livemint 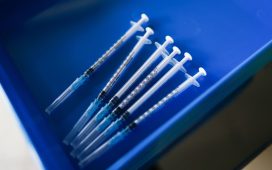 World has produced more vaccines than it can use, pharma boss warns 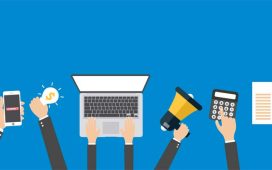 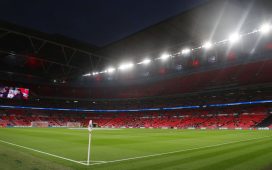