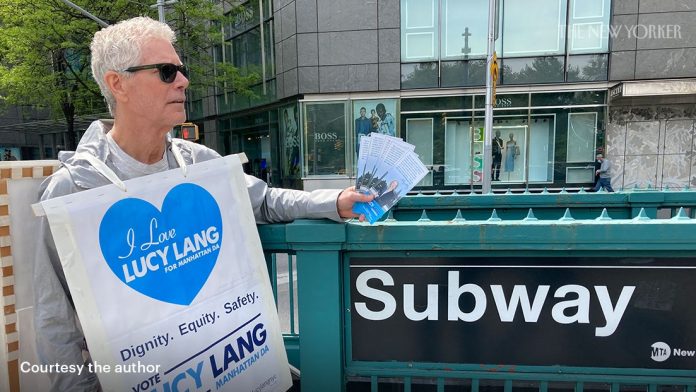 The actor Stephen Lang—best known for his role as the gleefully evil scourge of the Na’vi, Colonel Qua­ritch, in “Avatar”—was walking in midtown the other day, expressing dismay at the relative lack of pedestrian traffic and at the number of restaurants still shuttered. “It blows me away,” he said, after finding the Oyster Bar, Café Un Deux Trois, and Osteria al Doge all closed.

But Lang wasn’t in town for lunch; rather, as he walked, he wore a sandwich board that advertised his daughter Lucy’s candidacy for Manhattan District Attorney, a post soon to be vacated by Cyrus Vance. “I love Lucy Lang for Manhattan DA,” the board read.

“My first idea for how to ­campaign for my daughter came to me in my sleep,” Lang said. “I envisioned an airplane towing a banner. But my family talked me out of that one. It would have blown the entire advertising budget.”

Lucy Lang, who spent twelve years working as an Assistant District Attorney under Vance—and before that under Robert Morgenthau—aligns herself with the progressive-prosecutor movement. In recent polls, she has come in second in a field of eight, lagging behind Tali Farhadian Weinstein, the wife of the hedge-fund manager Boaz Weinstein, of Saba Capital Management. So far, Weinstein is the only candidate who has been able to pay for any substantial advertising.

But then Lang thought of a sandwich board. “There’s something old-timey about it,” he said. “As a kid, I used to see people wearing sandwich boards and think, Well, there’s a good job. I mean: ‘Gimbel’s—twenty-five percent off all upholstery.’ ”

Lang starred, with Dustin Hoffman and John Malkovich, in “Death of a Salesman” (1984); was nominated for a Tony for his role in “The Speed of Darkness” (1991); and, between 2004 and 2007, was a co-artistic director of the Actors Studio. In 2004, he created a one-man play, “Beyond Glory,” which celebrated Medal of Honor recipients. After the Times ran an advertisement for the play which showed a very ripped Lang in a sleeveless T-shirt, he was contacted by Margie Simkin, a casting director for James Cameron’s upcoming “Avatar.”

“I finished my last preview, got on a plane, and met Cameron in his kitchen in Malibu,” Lang said. He refers to the meeting as his “Schwab’s-­drugstore moment.”

“Jim had me do some improvisation,” Lang went on. “He’d brought in another actor to read some lines. At some point, I whacked the guy. I didn’t hurt him, but I whacked him. That’s how I got the Quaritch role.”

Lang is scheduled to reprise the part in “Avatar 2,” which, in addition to Lang and Sigourney Weaver, will star Kate Winslet and Chris Curtis, as leaders of a group of underwater Pandorans. The “performance capture” for the underwater scenes has proved complicated—Cameron’s team has had to invent new technology, as it famously did for the first installment. Lang is also reprising his horror-­villain role as The Blind Man, in the thriller “Don’t Breathe 2,” which opens in August.

As Lang walked up Eighth Avenue, he seemed, in spite of the macho-­man roles, shy about engaging with potential voters. “Look, I just want to get eyeballs on my daughter’s name. I want to do what I can to help,” he said. “And I get my cardio at the same time.”

Registered voters were scarce on the ground. Next to the U.S.S. Maine monument, at the entrance to Central Park, a group of four police officers were dismissive, telling Lang that they didn’t vote in Manhattan. A pair of tourists from Colombia approached; they recognized Lang despite his “Lucy Lang” face mask. They were asked which film they knew him from. When they said, “Netflix!” Lang put on a gravelly voice and became Quaritch. The cops suddenly wanted photos.

Lang kept looking for voters: a pedicab driver was from Senegal; a young woman on a bench was a student from Portugal. Finally, up West Drive, two women appeared to be pointing at the sandwich board. As he approached, Lang realized that they were handing out leaflets for Liz Crotty, one of Lucy Lang’s rivals, who’d been polling in the low single digits. Crotty is the law-and-order candidate, endorsed by several police unions.

One of the women, Mary Tierney, said that Crotty’s father—a federal judge—was a close friend of her brother’s. After listening to Lang make an animated pitch about the need for prosecutorial reform, Tierney said, “I’ll tell you one thing. Lucy Lang has a great father.”

Tierney was on the board of directors of Theatre for the New City. She asked Lang if he had by any chance acted in “A Pound on Demand,” a Sean O’Casey play that she had directed at the Billy Munk Theatre, back in 1975.

It had been his first New York role, he said, but he’d dropped out before the play opened. The late Brian Dennehy, who had a day job at Merrill Lynch at the time, had stepped into the part. 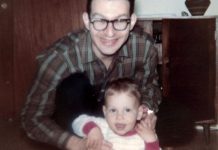 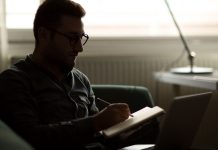 Letter to a Future Son from a Meek Son

The Cryptic Crossword: No. 101 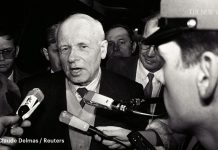 Joe Biden, Vladimir Putin, and the Weight of History 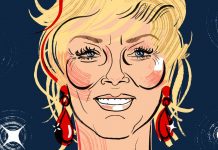 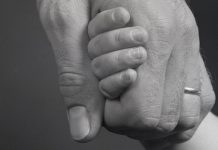 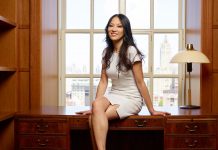 What Is Going On at Yale Law School? 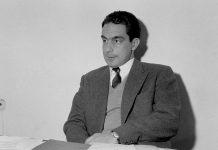 The Becoming of Italo Calvino 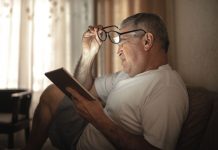 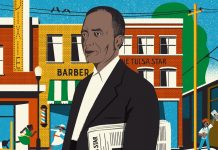 The Newspaperman Who Championed Black Tulsa 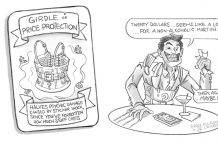 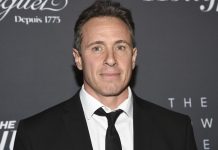