The NBA is no stranger to dynasties. In the league’s 75-year existence, some of my personal favorites include the Kobe-and-Shaq Los Angeles Lakers of the early 2000s, Michael Jordan’s 1990s Chicago Bulls and Magic Johnson’s Showtime Lakers, whose many docuseries and short films have filled me in on an era of basketball that I wasn’t around for. But before those dynasties existed, a considerably more dominant one formed in the latter half of the 1950s and lasted through the 1960s — Red Auerbach’s Boston Celtics.

Of course, that timeline coincided with the organization’s drafting of Bill Russell in 1956. From his arrival to his retirement in 1969, the C’s would win eight NBA championships in a row and 11 total over 13 seasons, even cruising past Wilt Chamberlain’s San Francisco Warriors along the way. Neither of the two squads crossed paths in the postseason following that iconic Russell-Chamberlin matchup in the 1964 Finals, but each franchise would have its share of success down the line. Almost 60 years later, the Celtics and Warriors are preparing for the rematch. But currently, it’s the Warriors who own the dynasty. Kind of.

We’re just about seven years removed from Golden State’s first NBA championship of the Steve Kerr era, the first of three titles over five years. Yet, the most important players and coaches of that period remain. All healthy together for the first time in years, the Steph-Draymond-Klay trio has led another dominant postseason run despite not being near the peak of its powers, with a supporting cast made up of guys like Jordan Poole and Andrew Wiggins joining in on the fun. As a result, the Denver Nuggets, Memphis Grizzlies and Dallas Mavericks have all gone down in defeat at the hands of a revamped and revitalized Hall of Fame core.

Notwithstanding Al Horford’s and Grant Williams’ playoff career-high scoring performances against Milwaukee, the Celtics’ run to the Finals has followed a consistent procedure. Well, consistently inconsistent, in some ways — the C’s seemingly have this either-or thing going for them in which they either play outstandingly or inadequately from one game to the next. But for the most part, they’ve won games on the strength of great offensive performances from at least one of Jayson Tatum or Jaylen Brown, contributions from a couple of role players, and solid defense throughout the rotation. As a result, the Celtics have crossed off the Brooklyn Nets, Milwaukee Bucks, and, most recently, the Miami Heat. Still, Boston is considered the underdog heading into the series.

Golden State, which has been the favorite since the conference finals started, is -160 on BetMGM to win the series. Boston is +125.

The Warriors and Celtics split the 2021-22 regular-season series, but it’s hard for me to take much away from the two matchups. Golden State’s win came back in mid-December when COVID-19 cases were spiking across the league. Poole, Horford and Grant Williams missed the meeting after landing in the league’s health and safety protocols, while Klay Thompson was still a few weeks away from making his season debut. All four guys are significant to their teams’ success and will play substantial roles in the upcoming series. Thus, we can throw that December game out the window as far as significant takeaways go.

And if we’re going to throw the first meeting away, we may as well do the same for the second, which was a 22-point Warriors loss that altered the final month of their season. Both teams were healthy and practically fully loaded until a little after the midway mark of the second quarter when Marcus Smart dove for a loose ball and crashed into Curry’s foot. The injury, later diagnosed as a sprained ligament in Curry’s foot, caused him to exit the contest early and eventually miss the remaining month of the regular season. Kerr and Green were two of the more vocal figures to state their stance on Smart’s dive that yielded Steph’s injury, and the NBA discourse that followed was filled with debate over whether the play was dirty. Nevertheless, the game and its outcome were forgotten and hardly paint the picture of what viewers can expect starting on Thursday.

Steph Curry did not return to the game after an apparent injury on this play.

It’s best to analyze this Warriors team by its playoff performances, given that this stretch of games is one of the longest the group has remained healthy and on the court together. The numbers say they’re the best offensive team in the playoffs — 116.1 offensive rating and 114.5 points per game — with a big chunk of that success stemming from how great they have been at scoring in the paint. In fact, the Warriors are essentially one made basket a game away from averaging the most paint points per contest of any team that made it to bracket play. Their continuous movement on offense remains advantageous in creating easy looks in the paint, making Boston’s need to protect the rim paramount in the upcoming series. Look no further than Horford and Robert Williams as the ones primarily tasked with doing so.

Horford is quite good, and his defensive instincts and IQ have proven to be vital in Boston’s playoff run — Ime Udoka should be able to count on him to remain solid against Golden State’s unique offense. Conversely, Williams’ health and availability concerns could be equally as big of a deal going forward. His ability to deter shots and drives to the rim will be important in slowing down the Warriors’ offense.

The Warriors also have a couple of bigs who will own a sizable number of defensive responsibilities. And the good news for them is that they recently saw bits and pieces of the Celtics’ offense when facing the Mavericks in the conference finals. Tatum and Brown share similar offensive playstyles to Luka Dončić and Jalen Brunson, albeit with different sizes and athleticism — they frequently isolate and hunt for specific matchups in the halfcourt and look to exploit the opposition’s defensive weaknesses. Boston’s at its best when those two players, in particular, can win most of those possessions with the ball in their hands. We’ll likely see the Celtics target Steph, Looney and Poole as Golden State counters by sending doubles (perhaps not for Looney) and leaving Draymond in a position to quarterback the defense as he does so well. A chess match between Udoka and Kerr will ensue from there, and it’s going to make for a terrific series.

Be that as it may, basketball on this stage sometimes is as simple as which star players elevate their own and their teammates’ play to the required level. Curry has often done that, but it hasn’t led to him hoisting any Finals MVP hardware. But this feels like his best shot at doing so, should the Warriors earn their first championship of the 2020s.

Tatum will have something to say about that, however. He’s arguably been as good or better than every other superstar the Celtics have faced this postseason, which will likely be required for Boston to get past Golden State in this NBA Finals. Could that be the case again? 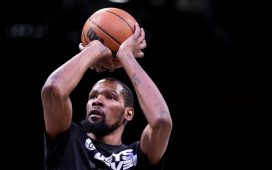 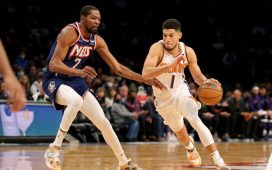 Kevin Durant wants a trade. What would Phoenix Suns offer look like? 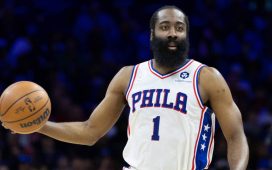 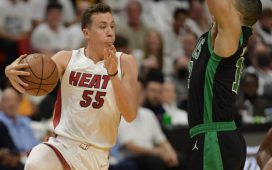 Celtics TPE targets: Who should Celtics be trading for as free agency opens? 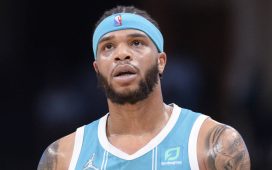 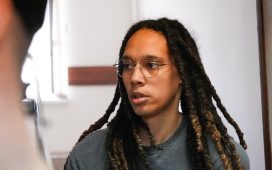 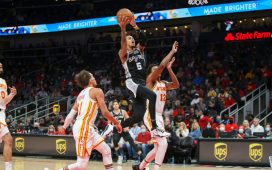 Dejounte Murray trade: Why both the Hawks and Spurs had to make this deal 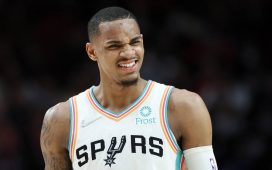 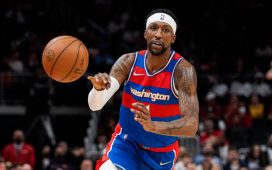