A brush with…. Candice Breitz


In this episode of A brush with…, the South African artist Candice Breitz talks to Ben Luke about the artists, writers, musicians, film-makers and other figures that have influenced her and inspire her today, and the cultural experiences that have defined her life and work.

Breitz is a film-maker whose work, mostly in the form of video installations, explores selfhood and identity, community, race and gender, and reflects on how mass media like television, cinema and music shape our response to them.

Among much else, she discusses her recent work Digest, and how it was influenced by the Middle Eastern folk tales One Thousand and One Nights and On Kawara’s Today series, or date paintings. She reflects on the power of Octavia Butler’s speculative fiction and her complex response to the South African novelist JM Coetzee. She talks about her video works telling the stories of refugees and sex workers. And she discusses growing up in Apartheid South Africa and its bearing on her choice of subjects and media.

• A brush with… series 7 runs from 17 November-15 December 2021, with episodes released on Wednesdays. You can download and subscribe to the podcast here. This episode is sponsored by Bloomberg Connects.

Candice has numerous works on view in museums around the world: TLDR is in Witch Hunt at the Institute of Contemporary Art Los Angeles (until 9 January 2022). Her work Mother is on view in the show also called Mother! at the Kunsthalle Mannheim in Germany (until 6 February 2022). Her work I’m Your Man (A Portrait of Leonard Cohen) is at the Contemporary Jewish Museum in San Francisco (until 13 February 2022) and Becoming Julia is showing in Gazes Out of Time at the Kunstmuseum St. Gallen (until 24 April 2022). Alien (Ten Songs from Beyond) is at the Nouveau Musée National de Monaco (until May 2022). And coming up she has solo shows at the Museum Folkwang, Essen, Germany (from 10 March 2022) and the Fondazione Modena Arti Visive, Modena, Italy (June 2022). You can watch many of Candice’s video works on her Vimeo channel 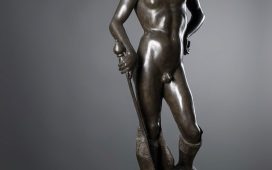 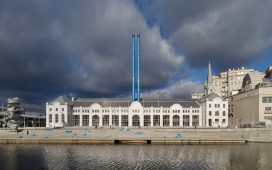 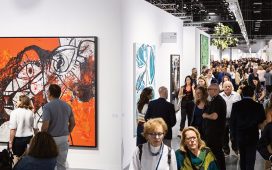 Forgotten women and Indigenous painters: the best podcasts to teach you about art

Step into the night: American dreamscapes – in pictures 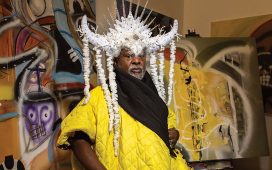 George Clinton: a journey from funk protagonist to art practitioner 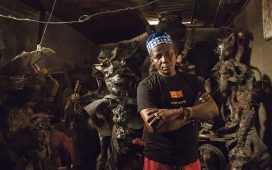 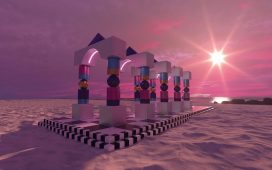 Is a ceramic ‘puzzle’ that belonged to Ernest Hemingway really a Picasso? A podcast investigation hopes to find out