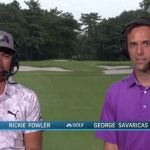 After Rickie’s whimsical debut on Golf Channel, we couldn’t help be wonder: who else would work in the booth?

For once, Rickie Fowler might not have tried to be a trendsetter. In fact, it’s fair to wonder whether golf’s foremost orange-wearer set out to be on television at all. And yet, as the coverage wrapped on Thursday afternoon at the Zozo Championship in Japan last week, there was Fowler, dishing alongside Golf Channel host George Savaricas like a seasoned pro (well — minus the hat on-camera, but we’ll forgive him).

As you might have seen already, Fowler was a star. Ever the media darling, he added cheeky commentary about his triple-bogey on the 17th (“That might have saved me a few shots right there,”), his unique insight into Japan (“Japanese culture is part of how I grew up,”), and his excitement for the arrival of his firstborn (due next month).

Of course, none of it was quite by design — the product only of a paper-thin broadcast team in Covid restriction-heavy Japan and many hours of unfilled broadcast obligations. Golf Channel’s “player takeover” was largely a stroke of genius by its production team, filling the void left by Azinger et. al on Thursday with Fowler, and later with the likes of Pat Perez, Charley Hoffman and Ryan Palmer. It was entertaining, it provided the occasional laugh, and it was decidedly not in the cookie-cutter mold this column often criticizes.

So, we got to thinking, who are the pros we’d love to see participate in a broadcast? And moreover, who, like Rickie, might actually be good on TV? Below, find our ranking of the nine best.

(A disclaimer: Yes, the entirely unusual situation set forth by the Zozo Championship is unlikely to be repeated at any time in the foreseeable future — for the sake of both players AND production crews — so keep those player-analyst expectations tempered.)

Not unlike Draymond Green of the NBA’s Golden State Warriors, when I think of Phil, my mind has already moved past his playing career and into his next life as a TV analyst. Like Draymond, Phil is a natural on television — showing a comfortable exuberance, exceptional (albeit crass) comedic timing, and genuine enthusiasm for educating viewers. He’s the full package as a TV man, and if one of the networks can ever lure him away from the course, they’ll be scoring the biggest get in golf TV in several decades.

Ever since Jordan stepped out of his quiet Texas upbringing and into the international spotlight, he has been the darling of the golf world. Spieth’s natural state is disarmingly candid and underratedly funny. He speaks in paragraphs and rarely ever in cliches — a small trait that will endear him to TV types, beyond his obvious acclaim. And his extended experience in both the sport’s peaks and valleys would seem to make him uniquely qualified to take viewers inside the hearts, minds and souls of competitors.

Kang is a firecracker, and if 50-plus years of modern golf television have taught us anything, it’s that firecrackers make for very good television. She’s one of the brightest, sharpest stars in the women’s game, and individuals with BS-free, delightfully sarcastic outlooks have only thrived in entertainment for the last million years, so she’ll probably be okay.

This one might already qualify as a “current star” after JT’s dazzling debut as an on-course analyst at The Match. Still, it’s very easy to see a future where Thomas is patrolling the course in a similar role.

It’d be easy to forget that Sophia Popov might well already be a broadcaster right now, if not for her miraculous, out-of-nowhere win at the 2020 AIG Women’s Open. Now, she’s tearing it up on the LPGA Tour and has no plans of transitioning into her second career … yet. But when she does want to move in front of the camera? Well, it’s easy to see this major champ finding a niche.

Perhaps the only player on this list likely to have a difficult time with speaking too MUCH while on-air, Rory has been one of golf’s great missionaries for the last decade. He’s so genuine, so earnest, so unrelentingly insightful — he’s an obvious choice for any live TV job he wants. We just can’t help but think that maybe he’s better suited in the podcast space (…wait a second!).

Further off the radar

It actually took a moment to realize that Montgomerie was not, in fact, among the quick-witted Scotsmen (and women!) currently in the broadcast circuit. He’s a natural fit in the booth — half of Scotland is! — and his wealth of experience only serves to underscore the point.

One of the most approachable players on Tour, and if good hair is a requirement for the gig, you can go ahead and sign him up.

One of golf’s most outspoken voices (and one of its few people of color), Champ likely has far more significant work planned for his post-playing career than a TV gig. But if he did desire to be in front of the camera, he’d be a no-brainer hire as both a person capable of reaching new audiences and speaking fluidly about the issues the sport faces in diversity and inclusion. Not to mention providing a dose of desperately-needed representation in the booth. 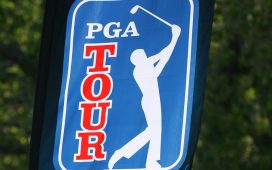 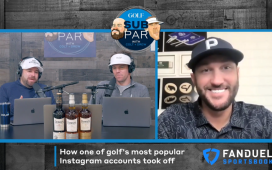 GOLF's Subpar: How one of golf's most popular Instagram accounts took off 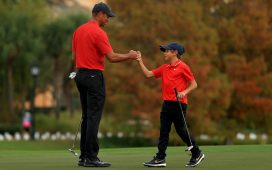 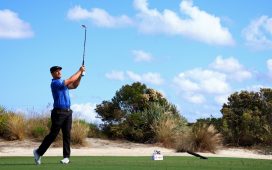 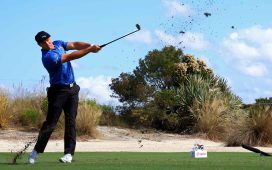 Bryson DeChambeau says he almost quit golf this year. Here’s what turned him around 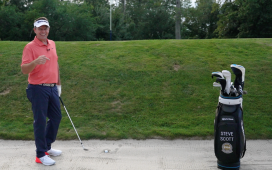 Golf instruction with Steve Scott: Pick it and stick it on plugged bunker shots 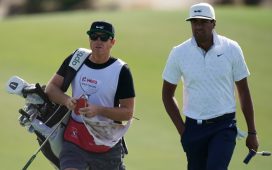 Tony Finau's caddie at Hero World Challenge is worth $1.5 billion 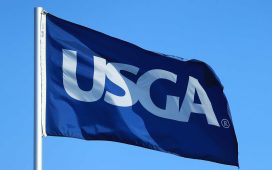 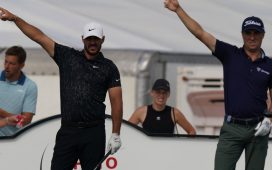