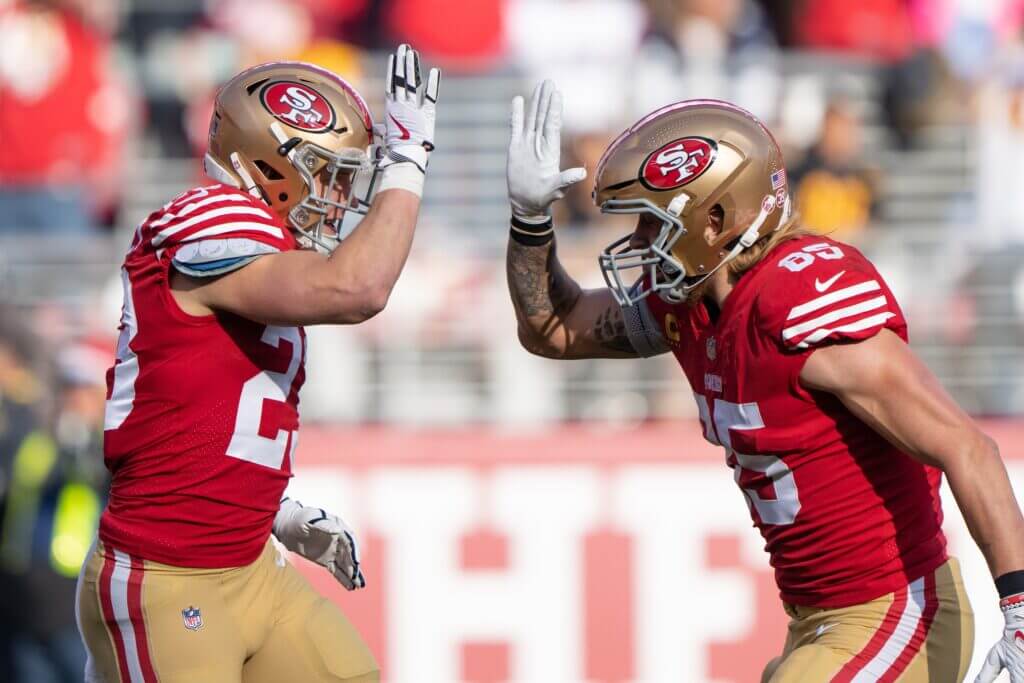 Rookie quarterback Brock Purdy remained undefeated as a starter as the 49ers earned their eighth-straight win with a 37-20 victory against the Commanders on Christmas Eve. Here’s what you need to know:

Everyone expecting Purdy to eventually have a rookie flop will have to wait at least another week. Against a strong Washington defense that included defensive end Chase Young, who made his season debut, Purdy showed the same combination of poise, precision and courage he’s had in his two previous starts.

The result: His third straight 110-plus passer rating. Even Purdy’s lone statistical blemish, a second quarter interception, was largely the responsibility of receiver Jauan Jennings, who bobbled the pass. Perhaps Purdy’s most surprising attribute has been his ability to deliver the deep ball.

He had another touchdown throw – to Kittle – of 20 yards or more in the third quarter that broke a 7-7 tie. — Barrows

The 49ers entered the game having held seven straight opponents to under 70 rushing yards, which tied the 2000 Ravens for the NFL record. That’s good company to keep.

And although the Commanders finally broke that streak with 79 yards, it took them 33 carries to do it (an average of just 2.4 yards per rush)— so San Francisco decidedly won this bruising challenge at the line of scrimmage. The most notable moment came early, when Washington rolled the dice on fourth-and-goal from the one — only to be stuffed by a line-detonating play from 49ers defensive tackle Javon Kinlaw, who was seeing his first action in 12 weeks.

Does this No. 1-ranked San Francisco defense have a pronounced weakness? The Commanders did hurt them on a few big plays through the air, especially while cornerback Charvarius Ward was briefly out of the game. But the 49ers ultimately tightened their coverage on the back end — which will be a major key for them moving forward into the playoffs — and that worked seamlessly with Nick Bosa’s ferocious pass rush.

After delivering two more sacks, Bosa now has a career-high 17 1/2 on the season. — Lombardi

That 37 number, the most points allowed by Washington this season, suggests the defense didn’t show up. False, but San Francisco generated chunk plays at a rate not seen against the Commanders since early in the season. The absence of safety Kamren Curl removed defensive coordinator Jack Del Rio’s most versatile chess piece, and the 49ers took advantage by relentlessly targeting Kittle.

Safety Darrick Forrest snagged a deflected pass for an interception but also lost Kittle in coverage on a 33-yard touchdown catch. There was also a 71-yard touchdown run by Ray-Ray McCloud, Brandon Aiyuk’s 54-yard catch-and-run, and other chain-moving strikes allowed as San Francisco scored 20 points after two turnovers and two turnovers on downs. The only hope for a Commanders’ strong finish stems from the defense performing like a top-5 unit.

Regardless of why, that didn’t happen today. — Standig

Who starts for Washington next week?

The debate is real. Head coach Ron Rivera replaced Heinicke with Wentz down 30-14 in the fourth quarter. When asked who will be the starter moving forward, Rivera said, “We’re gonna evaluate the tape, we’ll talk about those things and I’ll make a decision next week. And I’ll make it early, too, because whoever’s gonna start is gonna get the chance to work.”

Anyone listening to Rivera in recent weeks anticipated this move assuming the offense sputtered. Heinicke played well despite penalties and minimal pass protection, finishing with a 114.6 QB rating.Then he committed a fumble and interception on consecutive possessions, and Rivera went for the Week 1 starter with the bigger arm.

Best guess for next week? Wentz. The Commanders have scored more than 23 points once in Heinicke’s nine starts. That’s not all on Heinicke – the coaches cannot overhaul the offensive line until the offseason – but the roster has legit playmakers and the scoreboard isn’t reflecting that prowess. — Standig

For the first time in 13 months, the 2020 Defensive Rookie of the Year played in a real-life football game. Expectations were low in terms of snaps – Rivera projected low-to-mid teens before the game – and production considering the lengthy absence after a serious knee injury.

Instead, Young blew past the supposed snap count – he played ten snaps in the first half alone – and flashed in spots with a pass deflection, good recognition to blow up a screen pass and overall energy. The key will be how his body feels this week. If good, then expect more work over the last two games. — Standig

No TD, but Jimmie Ward gets the INT!

Carson Wentz leads the @commanders down the field for a TD 👀

Washington was averaging 4.2 yards an attempt heading into Sunday’s game. 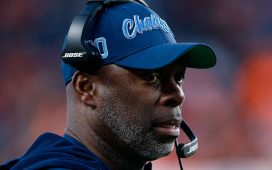 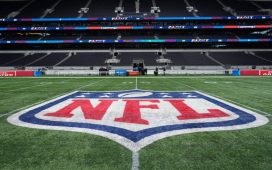