3 Predictions For Electric Vehicles In 2023


The automotive world has been through a hellish few years, with sales down globally in every category until quite recently. Except electric vehicles. In most regions, EVs have continued to grow healthily both in market share and number. Now that Covid is receding (except in China…), and we’re getting used to there being a war in Ukraine, EVs are set for a killer 2023. So here are three predictions for important developments over the next year.

Tesla’s full self-driving (FSD) feature has been extremely controversial during its development. There were supposed to be one million Tesla robotaxis on the road by 2020, according to Elon Musk in 2019, and we’re not even close to that right now, two years later. There is also considerable skepticism that the beta in the United States, which has now hit 160,000 users, isn’t safe, with several lawsuits pending after accidents, and there’s a class action suit in the works about FSD’s inability to self-drive a car yet too. California has just past a law about this too.

But as I reported in 2022, a huge leap forward is potentially on the horizon with the arrival of the Dojo supercomputer. This massively powerful machine is specifically optimized for crunching the artificial intelligence and machine learning workloads that are used to improve the models used in autonomous driving systems. With 160,000 beta testers supplying raw data to these models and one of the most powerful supercomputers in the world to process that information, there will be a quantum leap in the abilities of Tesla FSD. It’s likely that 2023 will be the year autonomous driving comes out of beta and joins the mainstream. Assuming regulations don’t get in the way, that is.

In 2020, I predicted that a $25,000 Tesla would finally make the oil and gas industry obsolete for personal transportation. Since then, the company has put this project on hold, as it concentrates on rolling out existing models around the world. With the Model Y selling like hot cakes, and the Model 3 still doing very well, Tesla has plenty on its hands before it can turn to a new model type. This is also a difficult time for the auto industry, with supply chain issues still affecting vehicle components.

Nobody can predict Black Swan events like the pandemic, and although the war in Ukraine might have been easier to see coming, its impact on the global economy wasn’t. The resulting problems have put back the arrival of affordable EVs by a few years, so it seems unlikely that they will arrive in 2023. Looking at the cell prices of rechargeable batteries back in 2020, it appeared that the costs would enable electric cars to hit price parity with equivalent fossil fuel ones in 2023/24. But that’s not likely to happen now. It still could in 2025 or 2026, though, as massive battery Gigafactories start to come online and supply ramps up dramatically. The affordable mainstream EV hasn’t been cancelled, merely delayed, and the same will be true of the $25,000 Tesla.

China Is Coming – And It Won’t Be Alone

EVs have become synonymous with Tesla, as the previous two predictions underline. But that won’t be the case for much longer. Other manufacturers are on the rise, and many are not from the USA or Europe. Not many will be from Japan either. While Nissan has returned to the EV market with the high-quality Ariya, other Japanese brands have EV roadmaps that are lagging behind the competition. But EVs are now 80% of sales in Norway, and the country’s advanced status is a model of the future elsewhere.

If you go to Norway, BYD Tang SUVs are a regular view on the roads. BYD, or Build Your Dreams, is the global bestseller of plug-in cars and second bestseller of EVs after Tesla, and it’s Chinese (with considerable investment from Warren Buffett’s Berkshire Hathaway). The vast majority of these were sold in China, but they are beginning to appear elsewhere. Writing this in Australia, I’ve seen BYD Atto 3s on the road (amid many more Teslas, of course). The country has its fair share of non-electric MGs, Havals, and LDVs, too. But Chinese car companies are seeing EVs as a way to crack the Western automotive market once and for all. That’s certainly the case of formerly British and now Chinese brand MG, which is hoping its game changing MG4 will be a key beachhead into Europe.

China isn’t the only country looking to improve its share of the car market through EVs. I’ve mentioned South Korean Hyundai Motor Group many times before. The company already has some great electric cars – such as the Hyundai Kona Electric, IONIQ 5, Kia Niro EV, Kia Soul EV, Kia EV6, Genesis GV60, GV70 Electrified and Electrified G80. But much more is coming in 2023, such as the audacious IONIQ 6. The even more revolutionary IONIQ 7 will reportedly be entering production in 2023, too.

A non-obvious outlier will be Vietnam. The first 999 Vinfast EVs have arrived in the USA. The Vinfast VF 8 has a potent specification, including an 82kWh battery, up to 402hp and 0-62mph in as little as 5.5 seconds. It’s a real statement that Vietnam is on the map for car manufacturing, with EVs at its center.

The Electric Vehicle revolution is a story of disruption. But it’s not just a change in what powers the wheels. It is potentially resetting the entire auto market. Self-driving could change the role cars have in our lives after over a century of development around the same basic idea of a four-wheel vehicle you drive yourself. The EV will inevitably become the same price and then cheaper than internal combustion, even if it might not be a $25,000 Tesla and not in 2023. But expect to see quite a few new brands you haven’t seen before arriving in earnest in 2023 as EVs. It’s going to be a great year. 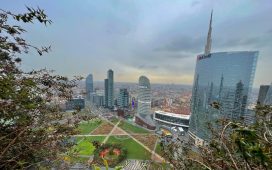 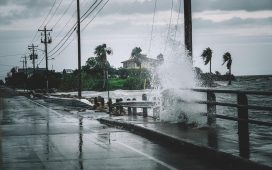 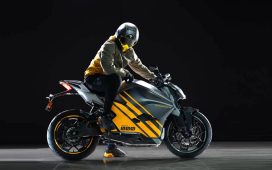