The U.S. has seen incredible success since snowboarding made its Olympic debut in 1998, as American athletes have won a record 14 goal medals and 31 total. The U.S. men and women will look to build on that achievement when they take the slopes at the Beijing Olympics.

In 2018, the U.S. became the first country to take home four Olympic snowboarding golds in men’s and women’s slopestyle and halfpipe.

Shaun White and Chloe Kim are the defending halfpipe champions while Red Gerard looks to capture his second gold in men’s slopestyle and Jamie Anderson goes for her third straight gold on the women’s side. Joining them are other stars like five-time snowboardcross world champ Lindsey Jacobellis and reigning men’s world champ Mick Dierdorff.

Here’s a look at the full Team USA roster, the Olympic snowboarding schedule and a breakdown of which athletes to watch in this year’s Winter Games.

Olympic snowboarding features five individual events for men and women. Mixed team snowboard cross is making its Olympic debut in Beijing and is the sport’s first mixed-gender event in its 24-year-old history at the Games. Big air is the program’s most recent individual event to be introduced, appearing for the first time in Pyeongchang in 2018.

Shaun White: The halfpipe competition at the Winter Olympics isn’t complete without the legendary White. He will be competing in his fifth and likely final Games, as he confirmed earlier this month in an interview with Rolling Stone that he plans to retire from the snowboard halfpipe following Beijing.

The 35-year-old, who holds the record for the most Olympic gold medals by a snowboarder, won the first of his three golds in his 2006 Olympic debut. He will likely be challenged by Japan’s Ayumu Hirano, who won silver in the halfpipe in 2018 and 2014.

Chloe Kim: Kim has quickly become the dominant figure in women’s snowboarding at just 21 years old after she became the youngest halfpipe champion at the age of 17 in Pyeongchang. She also became the youngest woman in the Olympics to land two 1,080-degree spins in a row and is the reigning world, Olympic and X Games champion.

Lindsey Jacobellis and Mick Dierdorff: Beijing marks the fifth Winter Games for Jacobellis, tying her for the most appearances by a U.S. woman. At 36, she is the most decorated snowboardcross athlete with five world titles, but she only has one Olympic medal — a silver in 2006. She finished fifth in 2010 at Vancouver, seventh at Sochi and fourth at Pyeongchang.

Jacobellis added a sixth world title in 2021 when she teamed with Dierdorff to win the mixed team event and there’s a chance the two could team up again as that event makes its Olympic debut this year. Dierdorff became the first U.S. man in 14 years to win the men’s world title in the event last year. The 30-year-old is headed to his second Olympics.

Red Gerard: Gerard burst onto the scene last Winter Olympics when he took home the slopestyle gold medal at Pyeongchang, becoming the youngest Olympic snowboard champion at 17 and the youngest American man to win a gold medal in 90 years. Gerard is coming off a recent slopestyle win at Mammoth Mountain. 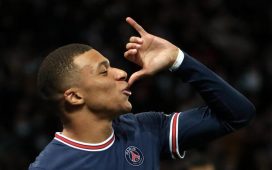