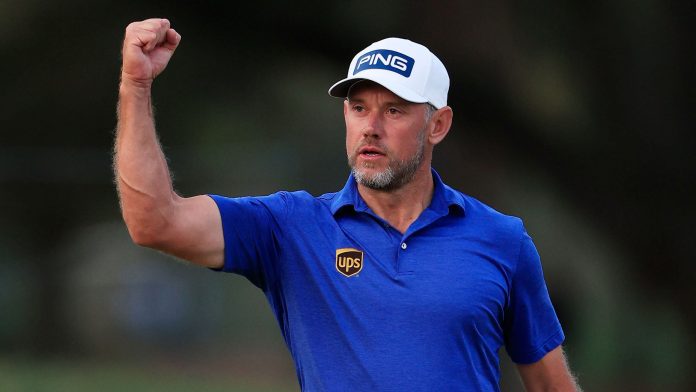 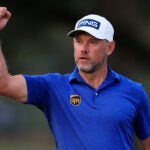 Lee Westwood celebrates his birdie on Saturday on the par-3 17th at TPC Sawgrass.

Bryson DeChambeau and Lee Westwood went blow for blow last week as part of the Arnold Palmer Invitational’s final pairing, DeChambeau shot a 71, Westwood a 73, and DeChambeau won by a stroke. They shook hands on 18 and tapped each other on the back while walking off. “It was a lot of fun, and I was definitely playing a little bold,” DeChambeau said afterward. “But I got to give — my hat’s off to Lee, he battled all day out there and it was an amazing battle, loved every minute of it. I know we’ll be doing it for years to come.” How about a week later?

Here are three things you need to know after Saturday’s third round of the Player Championship at TPC Sawgrass in Ponte Vedra Beach, Fla.

Westwood, like he did last week, leads heading into the final round.

He played the front nine at even par, then birdied the par-4 10th, the par-4 12th, the par-5 16th, then on the dangerous par-3 17th, Westwood trickled in a 24-footer for another birdie on his way to a four-under 68, a 13-under total and a two-stroke lead over DeChambeau. Justin Thomas and Doug Ghim are three shots back.

DeChambeau played his front nine at two under, went birdie-birdie-birdie to open the back nine and birdied the 16th on his way to a five-under 67, tied for the day’s third-best round.

Is there a budding rivalry between the two?

“Guess so,” DeChambeau said. “He’s making a lot of amazing putts, too. That’s what it takes to win golf tournaments. I can hit the long ball, that’s great, but again, on 18, I didn’t hit the fairway and that’s something I’m trying to do all week. I’ve been trying do it all week. No matter what, I just wanted to hit the fairway, even if I had 8-, 7-iron in. From a putting contest standpoint tomorrow, it’s going to be who can hit the most greens and who can make the most putts. That’s always the way it is.”

Three shots behind Westwood are Thomas and Ghim. Thomas birdied his first four holes, the 7th, the 10 and the 11th, and eagled 16th, after hitting his second shot within 3 feet, for an eight-under 64, the day’s best round.

“Yeah, I wish all rounds were that easy,” Thomas said. “I hit the ball beautifully, I drove it well, I hit a couple squirrelly shots there at the end of the front nine, but the good part is that I knew why they were happening. I knew what the swing flaw was, what the physical mistake was, so I felt like I kind of bounced back from that pretty well. Hit some really good shots on the back nine.”

World No. 2 Jon Rahm, Paul Casey and Brian Harman are four shots back, and Sergio Garcia, Matthew Fitzpatrick and Chris Kirk are five behind.

Jordan Spieth is nine back

Among other players, Jordan Spieth is nine shots back after a 68, Phil Mickelson is 11 behind after a 71, and world No. 1 Dustin Johnson is 13 back after a 73. 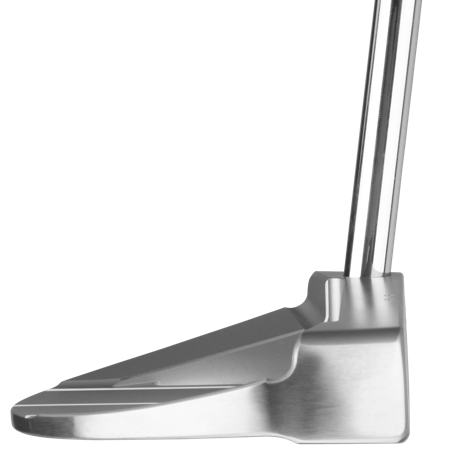 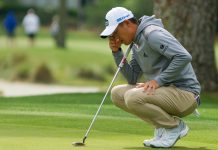 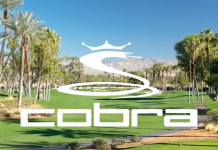 More distance is a club fitting away with Cobra RADSPEED 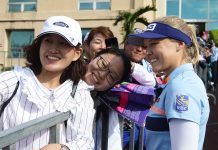 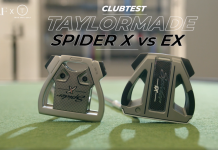 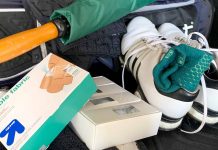 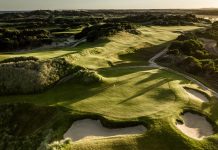 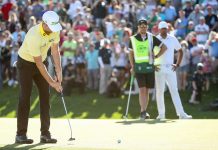 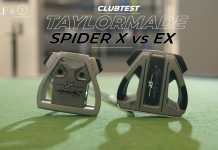 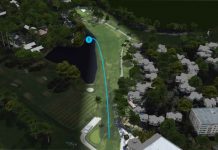 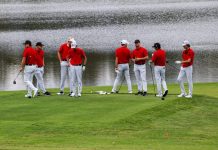 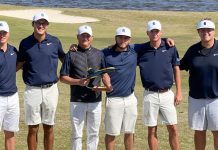 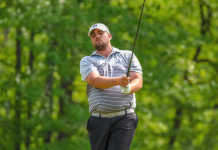