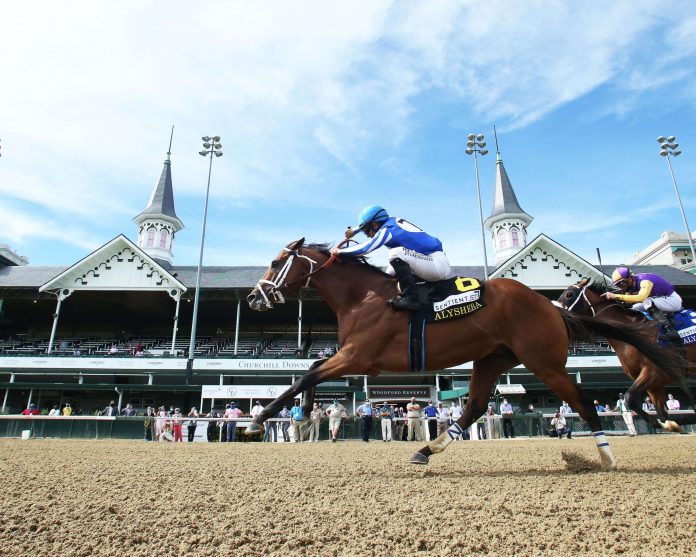 In the days leading up to the 37th Breeders’ Cup at Keeneland Race Course in Lexington, Kentucky, usracing.com is profiling the horses in the $6 million Breeders’ Cup Classic (Saturday, Nov. 7). 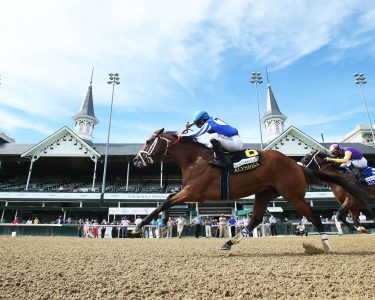 By My Standards – Courtesy of Churchill Downs/Coady Photography.

He’s 0-for-2 in Grade 1’s and was second twice this year against Classic rivals Improbable and Tom’s D’Etat, beaten a combined 6 1/4 lengths, so By My Standards doesn’t appear to class up. He’s done his best work (three wins) at 1 1/8 miles at the Grade 2 level. He did manage to beat even-money Tom’s D’Etat for second by a half-length in the Whitney, but a serious stumble at the start gave Tom’s D’Etat no chance to win.

“I thought it was a super work,” Cox said. “He’s been good for so long, and his race record reflects that. We’re still chasing that Grade 1, but I like my position for the Classic.”

By My Standards may be peaking at the right time, but can he make a quantum leap against stars Authentic, Maximum Security, Improbable and Tiz the Law?

By My Standards is a talented, hard-trying horse, with only one off-the-board finish in 12 starts, but he’s never proved he could excel in top company. The $6 million grand finale is too much of a reach.

Glatt On 1,000-Win Milestone: ‘You’re Only As Good As Your Help And I’ve Been Very Fortunate”

Finite Proves Best In Chilukki; May Head West Next For La Brea