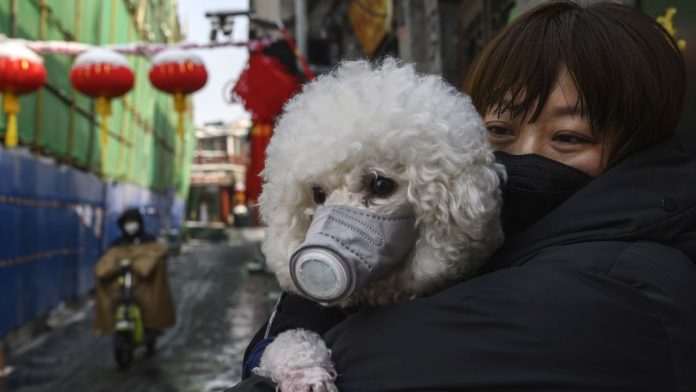 As the novel coronavirus continues to infect people around the world, news articles and social media posts about the outbreak continue to spread online. Unfortunately, this relentless flood of information can make it difficult to separate fact from fiction — and during a viral outbreak, rumors and misinformation can be dangerous.

Here at Live Science, we’ve compiled a list of the most pervasive myths about the novel coronavirus SARS-CoV-2 and COVID-19, the disease it causes, and explained why these rumors are misleading, or just plain wrong.

Myth: Face masks can protect you from the virus

Standard surgical masks cannot protect you from SARS-CoV-2, as they are not designed to block out viral particles and do not lay flush to the face, Live Science previously reported. That said, surgical masks can help prevent infected people from spreading the virus further by blocking any respiratory droplets that could be expelled from their mouths.

Within health care facilities, special respirators called “N95 respirators” have been shown to greatly reduce the spread of the virus among medical staff. People require training to properly fit N95 respirators around their noses, cheeks and chins to ensure that no air can sneak around the edges of the mask; and wearers must also learn to check the equipment for damage after each use.

Myth: You’re waaaay less likely to get this than the flu

Not necessarily. To estimate how easily a virus spreads, scientists calculate its “basic reproduction number,” or R0 (pronounced R-nought). R0 predicts the number of people who can catch a given bug from a single infected person, Live Science previously reported. Currently, the R0 for SARS-CoV-2, the virus that causes the disease COVID-19, is estimated at about 2.2, meaning a single infected person will infect about 2.2 others, on average. By comparison, the flu has an R0 of 1.3.

Perhaps, most importantly, while no vaccine exists to prevent COVID-19, the seasonal flu vaccine prevents influenza relatively well, even when its formulation doesn’t perfectly match the circulating viral strains.

Myth: The virus is just a mutated form of the common cold

No, it’s not. Coronavirus is a large family of viruses that includes many different diseases. SARS-CoV-2 does share similarities with other coronaviruses, four of which can cause the common cold. All five viruses have spiky projections on their surfaces and utilize so-called spike proteins to infect host cells. However, the four cold coronaviruses — named 229E, NL63, OC43 and HKU1 — all utilize humans as their primary hosts. SARS-CoV-2 shares about 90% of its genetic material with coronaviruses that infect bats, which suggests that the virus originated in bats and later hopped to humans.

Evidence suggests that the virus passed through an intermediate animal before infecting humans. Similarly, the SARS virus jumped from bats to civets (small, nocturnal mammals) on its way into people, whereas MERS infected camels before spreading to humans.

Myth: The virus was probably made in a lab

No evidence suggests that the virus is man-made. SARS-CoV-2 closely resembles two other coronaviruses that have triggered outbreaks in recent decades, SARS-CoV and MERS-CoV, and all three viruses seem to have originated in bats. In short, the characteristics of SARS-CoV-2 fall in line with what we know about other naturally occurring coronaviruses that made the jump from animals to people.

Myth: Getting COVID-19 is a death sentence

That’s not true. About 81% of people who are infected with the coronavirus have mild cases of COVID-19, according to a study published Feb. 18 by the Chinese Center for Disease Control and Prevention. About 13.8% report severe illness, meaning they have shortness of breath, or require supplemental oxygen, and about 4.7% are critical, meaning they face respiratory failure, multi-organ failure or septic shock. The data thus far suggests that only around 2.3% of people infected with COVID-19 die from the virus. People who are older or have underlying health conditions seem to be most at risk of having severe disease or complications. While there’s no need to panic, people should take steps to prepare and protect themselves and others from the new coronavirus.

There is no evidence that pets, such as cats and dogs, can even be infected with the coronavirus, let alone spread it to humans, according to the World Health Organization. “However, it is always a good idea to wash your hands with soap and water after contact with pets,” they wrote. Those actions protect you from common bacteria, including E.coli and Salmonella, that can spread from pets and humans.

A dog in Hong Kong tested “weak positive” for the new coronavirus, according to a statement from the Hong Kong Agriculture, Fisheries and Conservation Department on Feb. 28. But scientists aren’t sure if the dog was actually infected with the coronavirus or if it picked up the virus from a contaminated surface with its mouth or nose. As a precaution the dog was taken under quarantine, but the dog has no symptoms and there’s no evidence that it could infect humans.

Myth: Lockdowns or school closures won’t happen in the US

There’s no guarantee, but school closures are a common tool that public health officials use to slow or halt the spread of contagious diseases. For instance, during the swine flu pandemic of 2009, 1,300 schools in the U.S. closed to reduce the spread of the disease, according to a 2017 study of the Journal of Health Politics, Policy and Law. At the time, CDC guidance recommended that schools close for between 7 and 14 days, according to the study.

While the coronavirus is a different disease, with a different incubation period, transmissibility and symptom severity, it’s likely that at least some school closures will occur. If we later learn that children are not the primary vectors for disease, that strategy may change, Dr. Amesh Adalja, an infectious disease expert at the Johns Hopkins Center for Health Security in Baltimore, previously told Live Science. Either way, you should prepare for the possibility of school closures and figure out backup care if needed.

Lockdowns, quarantines and isolation are also a possibility. Under section 361 of the Public Health Service Act (42 U.S. Code § 264), the federal government is allowed to take such actions to quell the spread of disease from either outside the country or between states. State and local governments may also have similar authority.

Children can definitely catch COVID-19, though some early statistics suggest they may be less likely to catch the virus than adults are. As of Wednesday (Feb. 26), Italy had diagnosed 400 cases of COVID-19, including five cases in children ages 4 to 19, according to the Guardian. A Chinese study from Hubei province found that of more than 44,000 cases of COVID-19, about 2.2% involved children under age 19. By contrast, children are typically more likely to contract influenza in any given year, compared with adults.

However, the number of diagnosed coronavirus cases in children may be an underestimate — in case studies from China, children seemed less likely to develop severe disease, Live Science previously reported. Thus, it’s possible that many children could be infected and passing the disease along, without showing many, or any, symptoms.

Myth: If you have coronavirus, “you’ll know”

No, you won’t. COVID-19 causes a wide range of symptoms, many of which appear in other respiratory illnesses such as the flu and the common cold. Specifically, common symptoms of COVID-19 include fever, cough and difficulty breathing, and rarer symptoms include dizziness, nausea, vomiting and a runny nose. In severe cases, the disease can progress into a serious pneumonia-like illness — but early on, infected people may show no symptoms at all.

U.S. health officials have now advised the American public to prepare for an epidemic, meaning those who have not traveled to affected countries or made contact with people who recently traveled may begin catching the virus. As the outbreak progresses in the U.S., state and local health departments should provide updates about when and where the virus has spread. If you live in an affected region and begin experiencing high fever, weakness, lethargy or shortness of breath, or or have underlying conditions and milder symptoms of the disease, you should seek medical attention at the nearest hospital, experts told Live Science.

From there, you may be tested for the virus, though as of yet, the CDC has not made the available diagnostic exam widely available.

Myth: The coronavirus is less deadly than the flu

In comparison, recent data suggests that COVID-19 has a mortality rate more than 20 times higher, of around 2.3%, according to a study published Feb. 18 by the China CDC Weekly. The death rate varied by different factors such as location and an individual’s age, according to a previous Live Science report.

But these numbers are continuously evolving and may not represent the actual mortality rate. It’s not clear if the case counts in China are accurately documented, especially since they shifted the way they defined cases midway through, according to STAT News. There could be many mild or asymptomatic cases that weren’t counted in the total sample size, they wrote.

Myth: It’s not safe to receive a package from China

It is safe to receive letters or packages from China, according to the World Health Organization. Previous research has found that coronaviruses don’t survive long on objects such as letters and packages. Based on what we know about similar coronaviruses such as MERS-CoV and SARS-CoV, experts think this new coronavirus likely survives poorly on surfaces.

A past study found that these related coronaviruses can stay on surfaces such as metal, glass or plastic for as long as nine days, according to a study published Feb. 6 in The Journal of Hospital Infection. But the surfaces present in packaging are not ideal for the virus to survive.

For a virus to remain viable, it needs a combination of specific environmental conditions such as temperature, lack of UV exposure and humidity — a combination you won’t get in shipping packages, according to Dr. Amesh A. Adalja, Senior Scholar, Johns Hopkins Center for Health Security, who spoke with Live Science’s sister site Tom’s Hardware.

And so “there is likely very low risk of spread from products or packaging that are shipped over a period of days or weeks at ambient temperatures,” according to the CDC. “Currently, there is no evidence to support transmission of COVID-19 associated with imported goods, and there have not been any cases of COVID-19 in the United States associated with imported goods.” Rather, the coronavirus is thought to be most commonly spread through respiratory droplets.

Myth: You can get the coronavirus if you eat at Chinese restaurants in the US

No, you can’t. By that logic, you’d also have to avoid Italian, Korean, Japanese and Iranian restaurants, given that those countries have also been facing an outbreak. The new coronavirus doesn’t just affect people of Chinese descent.

Coronavirus live news: deaths surge in Brazil and Russia as Trump says US is quitting WHO 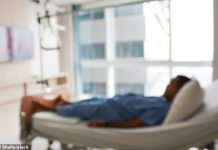 Black people in England are 3.4 times more likely to test positive for Covid-19 than white people 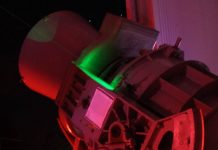 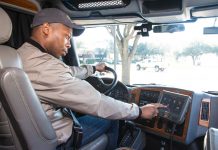 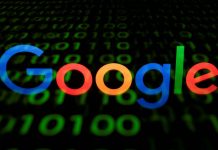 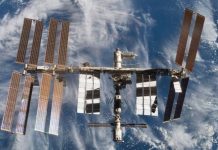 International Space Station speed: How fast does the ISS travel? 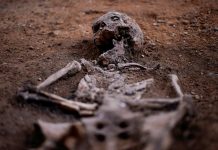 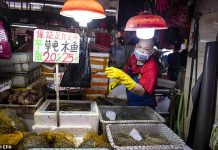 Wuhan wet market was NOT the origin of the coronavirus pandemic 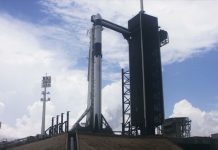 Watch Live: SpaceX and NASA to launch 2 astronauts to space station on Saturday 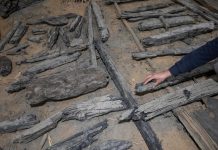 Coal mine in Serbia gives up new Roman treasure