10 Video Games Where Everyone Can Die – WhatCulture


One of the things that makes video games such a unique art form is the element of player choice. It’s something that every dev team must take into account and ask themselves how long a leash they want the player to be on. Whether the game is a single straight path that the player has no influence over or a multi-branching path storyline where the player can influence every detail of the world.

In both categories, player agency must be considered, and as such, the natural conclusion of this is asking if you want to craft a game that looks at the player and asks “aren’t you tired of being nice? Don’t you just wanna go ape-sh*t?”

It’s amazing how many games out there really do let you just kill everyone in the story. From choice-based games to straightforward narratives, there are a lot of game stories that can end in such a bloodbath that Hamlet would look at it and go “you know in hindsight, I got off pretty easy”.

Ultima V is one of the best examples of a true blue, old-school CRPG where one screw-up at the wrong point really can mess you up forever. Case in point, the infiltration into Lord Blackthorn’s castle.

With Blackthorn having taken over all of Britannia and NOT being a total idiot about it, you learn that Blackthorn is keeping some vital McGuffins in his personal castle. First-time players proceed to then learn that getting caught is the absolute last thing they want to happen.

Blackthorn, you see, needs your character alive to learn some very powerful and dangerous magical mantras, but that doesn’t mean he needs your friends. So, one by one, he places each of them beneath a guillotine and gives you every chance in the world to give him the mantra. And if you think that if you hold out just a bit longer, someone will save you? Sorry, that ain’t how Ultima V plays.

One by one, if you don’t hand over the mantras, all of your friends die forever. So maybe take off the hard-soled boots when infiltrating the dark lord’s castle, yeah? 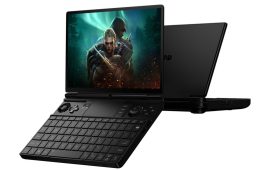